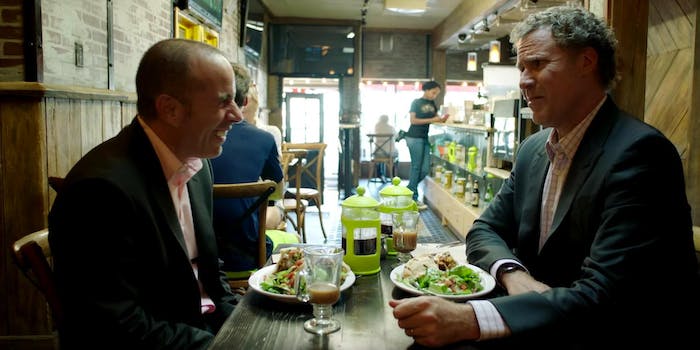 Obama to appear in Seinfeld’s ‘Comedians in Cars Getting Coffee’

This should be good.

“Yes, may I speak with the president, please?”

The trailer for season 7 of Jerry Seinfeld‘s webseries Comedians in Cars Getting Coffee has all the celebs and old convertibles you might expect at this point, but it also teases something big: President Obama is going to be one of the guests.

The first two minutes of the preview lull you into a state of comfort with familiar faces like Steve Martin and Will Ferrell, but once you think it’s over it hits you with a shot of the White House and the president’s unmistakable voice.

Season 7 premieres Dec. 30, and the first six seasons of the series are available to watch both on the Crackle app and the series website.