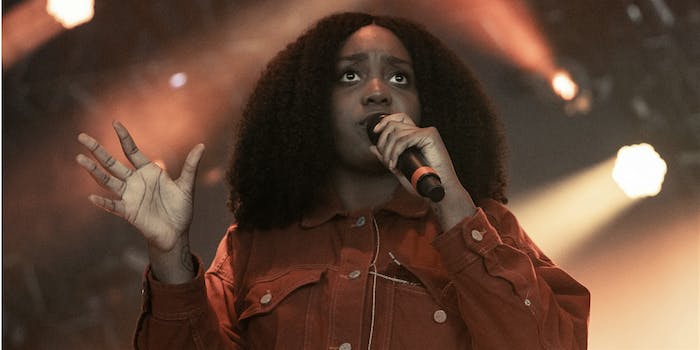 Fans are sending her potential new art for the album.

Chicago rapper Noname announced on Monday morning that she will be changing the cover art for her critically acclaimed debut album, Room 25, after it was revealed that the artist, Bryant Giles, was arrested for domestic abuse.

“In light of recent allegations, I will be working to replace the cover artwork of Room 25,” she wrote. “I do not and will not support abusers, and I will always stand up for victims and believe their stories.”

Giles, 21, was arrested on Oct. 8 and charged with domestic battery. Over the weekend, a Twitter thread laid out the allegations against him, via a friend of the woman, Ellie Danisch, who is accusing Giles of assault and rape. The post claims that Giles will go to trial in November.

While fans thanked Noname for standing up for survivors of abuse, she also received a thread of potential new art for the album.

Noname released Room 25 independently and was one of the first artists to upload directly to Spotify under the platform’s new feature. Spotify is still using the original album art, however.