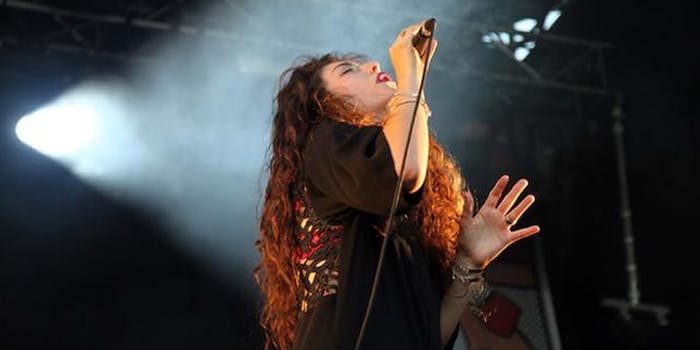 Last night, Nirvana was inducted into the Rock and Roll Hall of Fame, and while it’d been rumored Joan Jett would front the band’s performance (she did “Smells Like Teen Spirit”), other singers stepped in to front songs as well: Kim Gordon, Annie Clark, and Lorde.

It was quite an impressive lineup, one that shows the generational legacy of Nirvana 20 years after Kurt Cobain’s death. Lorde performed “All Apologies,” a song released three years before she was even born, but she managed to color it with old-soul pastel gothic-ness.

The show will air on HBO on May 31, for those who weren’t there in person, and didn’t want to pay $20 to watch the online telecast.