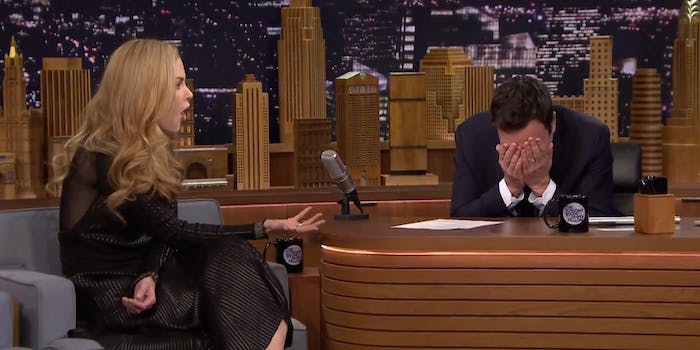 Oh, what could’ve been.

Nicole Kidman came on the Tonight Show to promote Paddington Bear, but she preferred to talk about the last time she and Jimmy Fallon met instead. Years ago, when they were both single, she liked him and had a mutual friend connect them. Jimmy Fallon, however, was so oblivious to the whole thing that he only found out about it Tuesday night, as she told him the story.

“It was bad,” she said as Fallon hid under his desk in embarrassment.

The whole thing is worth watching, and at one point Fallon leaves the desk after she voices a theory she had as to why it didn’t work.

Both Fallon and Kidman are happily married and have children with their respective partners, so there’s no hard feelings. But it’s still kinda delightful to see Fallon squirm in his chair.