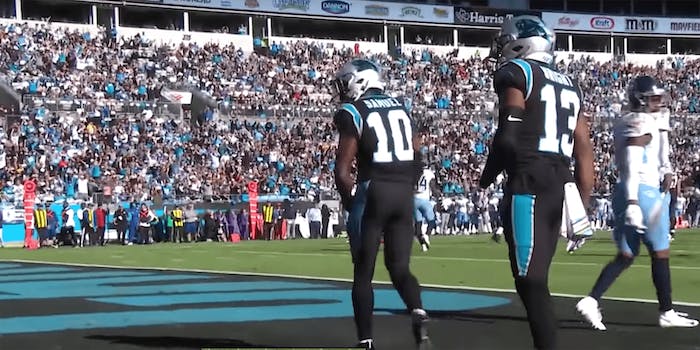 How to stream Packers vs. Panthers live

Strong NFC contenders battle it out at Lambeau

The Carolina Panthers are going to play rest of the season without Cam Newton. The Green Bay Packers have Aaron Rodgers in his prime. That’s almost all the analysis you need.

The Panthers placed Newton on injured reserve on Tuesday, effectively ending his season. This news comes as Carolina heads to Lambeau Field to face what might be their stiffest challenge of the year in the Packers.

Last week, the Packers looked very mortal in a surprise loss to the Los Angeles Chargers. Green Bay fans are hoping that uncharacteristic game was just a bump in the road. With the stellar play of Christian McCaffrey in Carolina, the Packers will have to get back to form if they want to pick up a win and get things back on track.

Here’s everything you need to know to live stream Packers vs. Panthers, including what to watch for on the field.

There are a number of options for watching Packers vs. Panthers on streaming platforms that carry FOX. However, consult a coverage map to see what game your regional channel will be playing.

Panthers vs. Packers live stream: How to watch NFL online

Unfortunately, due to a contract dispute, as of Sept. 26, Sling no longer carries Fox, FS1, and FS2. But there is a workaround.

Green Bay Packers vs. Carolina Panthers: Why it matters

Though both of these teams are explosive on offense, the Packers are far more versatile than the Panthers. Backup quarterback Kyle Allen has been effective enough in Carolina, but the team has dipped to 21st in Offensive DVOA with him under center. The only sure path to victory for the Panthers involves lots and lots of Christian McCaffrey, and he has had such a dominant season that this has worked out for the most part, hiding this squad’s weaknesses.

Putting last week aside, the Packers have been incredibly dynamic on offense. While Aaron Rodgers is back to his old self, making his subpar receiving corps look like Pro Bowlers, Aaron Jones’ running attack has dominated opponents some weeks. This team has a number of ways it can beat you.

Though the Packers started out the year with a few strong defensive performances, it has actually been the Panthers who have looked better on D in recent weeks. Players like Shaq Thompson and Donte Jackson have really stepped up in Carolina, turning this unit into a top ten defense. Last week’s four sacks and two picks has become par for the course with this tough team.

There is a lot to like about the Panthers. Kyle Allen connects with D.J. Moore enough and the defense generates pressure enough to allow Christian McCaffrey to win games. Ron Rivera is coaching well, taking the kind of calculated risks that earned him the nickname “Riverboat Ron.” This looks like a wild card team that could nip at the Saints heels right up to the end of the season.

In this particular game, however, we are going side with Aaron Rodgers. Before his uncharacteristically bad Week 9, the Packers’ new offense was allowing Rodgers to play some of the best football of his career. Look for the future Hall of Famer to get back on track this week. Even if McCaffrey has one of his 150-yard, three-touchdown days, the Pack can still win this game.