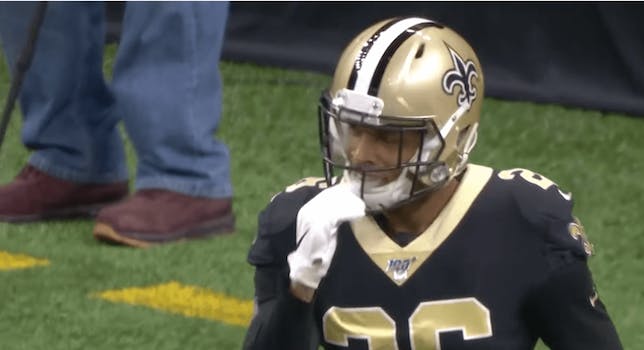 How to stream Saints vs. Falcons on Thanksgiving night

The best and worst of the NFC South will be on display.

In some seasons, a New Orleans Saints vs. Atlanta Falcons prime-time matchup on Thanksgiving would be a hotly anticipated showdown. This year, not so much.

Despite some close games and a recent unexpected loss, the Saints remain at the top of the NFC South at 9-2. This year, Drew Brees has offensive weapons worthy of his Hall of Fame skill, with Michael Thomas at receiver and Alvin Kamara at running back, and a strong defense to back them up. The result has been a season where New Orleans rolls over the competition.

For Matt Ryan and the Falcons, 2019 has been a lost year. It looked like Atlanta might be turning a corner late in the season with back-to-back wins over division rivals the Panthers and the Saints. But, with last week’s loss to the underwhelming Buccanneers, Atlanta’s season is effectively over.

This game could certainly be competitive. After all, the Falcons pummeled the Saints less than a month ago. However, the results really don’t mean much outside of divisional bragging rights. With the Saints four games ahead of any other team in the division, New Orleans is destined for the postseason and Atlanta’s players are destined to watch the payoffs from the comfort of their homes.

Here’s everything you need to know to live stream Saints vs. Falcons, including what to watch for on the field.

New Orleans Saints vs. Atlanta Falcons stream: What to watch for

Yes, the Falcons beat down on the Saints just a month ago, but the Saints are the better team. In fact, New Orleans may be the most complete team in the league.

Eighth in Offensive DVOA and fifth in Defensive DVOA, the Saints do everything pretty well. And with the coaching mind of Sean Payton controlling it all, they do it with dynamic creativity.

We’ve heard a lot about the star trio on this Saints team, and Brees, Thomas, and Kamara certainly deserve praise. But, the incredible thing about this Saints squad is how many players have stepped up during their 2019 campaign. Of course, there was the incredible play of Teddy Bridgewater in relief of Brees this season. And there is the gadget flexibility of Taysom Hill that has excited so many analysts. But there is also the improved play of defensive end Marcus Davenport, the resurgence of veteran tight end Jared Cook, the pass rush of Cameron Jordan, the dynamic play of Demario Davis, and the stunning secondary.

Every week, the Saints find new difference-makers, and it seems like they can win any kind of game.

The Falcons, by contrast, keep finding ways to lose. Some weeks, the weak running game holds up their offense. In other games, it is the non-existent pass rush that allows opponents to kill the Falcons through the air. The awful offensive line can render the elite skills of Matt Ryan useless. Atlanta has even had weeks where bad kicking loses them the game.

The Falcons are bad and the Saints are very good. Even though Atlanta went through a little two-week resurgence, this is still the reality for these teams. Look for the Saints to take care of business as the Falcons look to a future with some big offseason changes.