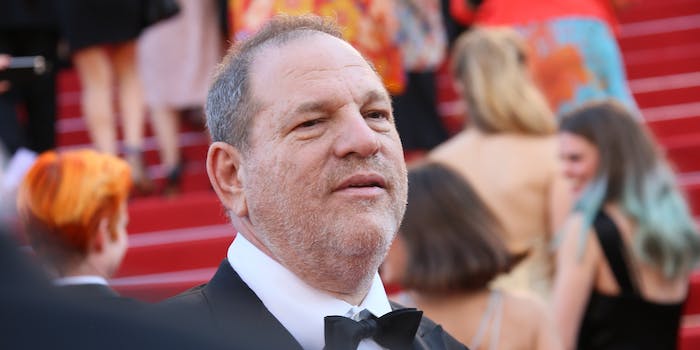 The lawsuit uncovers even more of Weinstein's disturbing behavior amongst his employees.

The 39-page suit uncovers more alleged troubling behavior of Weinstein than just the accusations of sexual misconduct that kickstarted the four-month-long investigation into the Weinstein Company. It alleges that Weinstein violated a number of human and civil rights, and even threatened to kill his employees and their families.

Schneiderman alleges Weinstein is guilty of sexual misconduct in four separate jurisdictions, according to the court documents. Meanwhile, his brother and the film company are both liable because they were aware of his misconduct and did nothing to stop it.

“The Attorney General, on behalf of the People of the State of New York, brings this action to remedy a years-long gender-based hostile work environment, a pattern of quid pro quo sexual harassment, and routine misuse of corporate resources for unlawful ends that extended from in or about 2005 through at least in or about October 2017,” the introduction of the suit said.

The lawsuit lays out the two main ways Schneiderman believes Weinstein broke the law; as co-CEO, he both sexually harassed his employees and abused his position of power to seek sexual contact with women seeking employment.

“[Weinstein] personally created and perpetuated a work environment permeated with gender-based hostility and inequality,” the suit says in the “factual allegations” portion of the text. “[He] engaged in quid pro quo sexual harassment; subjected female TWC employees and women seeking business or job opportunities with TWC to unwelcome and inappropriate physical contact and touching; subjected employees to a persistent stream of threats and verbal abuse, much of which was sexual or gendered in nature; and menaced female employees with threats to their careers and of physical harm.”

Weinstein also required multiple groups of his employees—mainly executive assistants—to facilitate his sexual encounters and procure his erectile dysfunction shots, according to the court documents.

The suit says Weinstein “regularly berated women using gender-based obscenities”—calling female employees “cunt” or “pussy” instead of using their first names when he was angry. In addition to the sexual harassment, bullying, and allegations of sexual assault, Weinstein allegedly threatened the lives of his employees, saying “I will kill your family.” One former female employee said Weinstein threatened to “cut [her] loins” in 2012, causing her “severe stress.” She was silenced through a non-disclosure agreement.

The disturbing allegations go on and on.

Up until the suit was filed, the Weinstein Company was nearing a $500 million sale. The suit could potentially spook the buyers and send the company on the path to bankruptcy, according to the New York Times.

“Any sale of the Weinstein Company must ensure that victims will be compensated, employees will be protected going forward, and that neither perpetrators nor enablers will be unjustly enriched,” Schneiderman said in a news release.

The lawsuit seeks a civil penalty of hundreds of thousands of dollars, as well as restitution and damages in the amount of the harm to the victims.