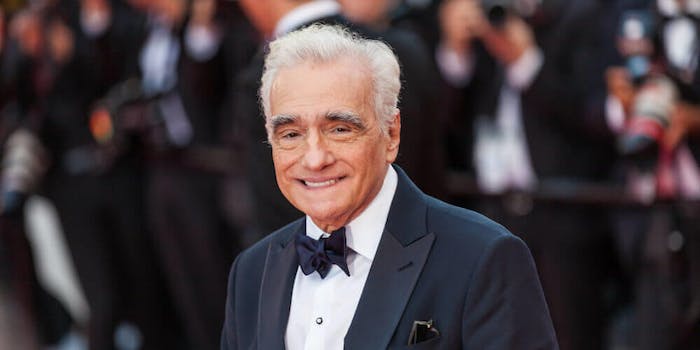 How will this affect Netflix come Oscar season?

Netflix really wants that Oscar, but do its execs want it bad enough?

Last year’s Academy Awards will be remembered as a missed opportunity for the streaming giant. Following an awards season marked by conflict with film festivals and theatrical distributors, Roma didn’t win best picture, losing to Green Book, a film mostly considered to be artistically inferior.

Netflix seems determined to learn from its mistakes, as the entertainment industry trades report that the streamer’s awards season jewel, The Irishman, will get a large-scale theatrical rollout. Though Netflix has shifted on its distribution strategy to accommodate the film, it hasn’t totally caved to the demands of theatrical distributors.

Netflix has been committed to “day and date” releases, meaning that the company would drop a film on its platform on the same day that it debuts in theaters. This strategy has brought conflict with theatrical distributors, as well as festivals, unions, and cinephiles. Cannes Film Festival has a famously frosty relationship with the streamer and the Directors Guild of America (DGA) has had its complaints as well.

After this pushback, Netflix has relented—to an extent. The Irishman will enjoy a nearly month-long theatrical window before it hits streaming on Nov. 27.

On Nov. 1, The Irishman will debut in New York and Los Angeles. A week later, the film goes wide in the U.S. and premieres in the U.K. Netflix confirms that this rollout will be accompanied by a massive advertising campaign. This will all follow a Sept. 27 world premiere at the New York Film Festival.

This rollout does not mean that the hatchet has been totally buried between Netflix and distributors. Despite attempts to smooth over their bumpy relationship over the last few months, AMC, Regal, Cinemark, and Cineplex chains will not carry The Irishman. These exhibitors want a three-month window before a film goes to streaming in order to maximize their earnings, far longer than the month-long window Netflix has landed on.

While sources have reported that the distributors were willing to negotiate in the neighborhood of 70 days, as opposed to 90, the landing spot of 27 days shows there still quite a bit of space between theaters and the streaming giant.

Theatrical distributors see Netflix as a canary in the coal mine. Amazon has recently started pushing back on required theatrical windows, and with industry giant Disney entering the streaming space, there is a question as to what kind of leverage these companies will have in the coming years.

The film, which tells the story of the disappearance of controversial Teamsters Union leader Jimmy Hoffa, stars Robert De Niro and Al Pacino and has about as much of an Academy Awards pedigree as you could imagine. November and December have become the customary stomping ground for prestige films hoping to take home Oscar gold, and clearly, Netflix believes this is a film that can go the distance. The film’s reported $200 million price tag shows just how much the streaming giant wants that little gold man.

Though The Irishman’s rollout will be larger than Roma’s, it remains to be seen if these concessions can win over the Academy. Roma had a 21-day theatrical window, and though the film managed to draw 10 Oscar nominations and three statues, it lost best picture.

The other question mark is quality. Despite the A-list talent involved, The Irishman still has to beat out other awards season contenders. And how convincing are the digital “de-aging” effects used in the film even going to be? An uncanny valley scenario could turn off Academy voters.

Will The Irishman take home the gold, or will Netflix’s refusal to play ball cost Scorsese a second-best picture statue, leaving the streamer waiting another year for Oscar glory? This question will be answered on movie screens across America, just not as many as some might have expected.