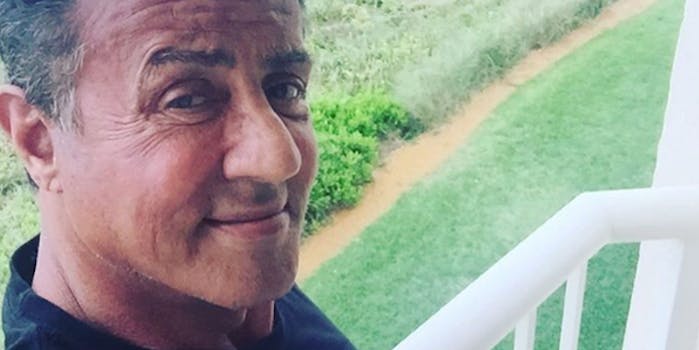 It's like 'American Ninja Warrior' meets 'The Amazing Race.'

If you like American Ninja Warrior and The Amazing Race, you’re in for a treat, because Sylvester Stallone‘s new Netflix competition series sounds like a perfect combination of the two.

The show is called Ultimate Beastmaster, and that over-the-top title is a reference to an obstacle course called “the Beast” that contestants will have to conquer.

Competitors in the 10-episode event will hail from the United States, Brazil, South Korea, Mexico, Germany, and Japan, with each country getting a version of the show in their national language. U.S. viewers will see Terry Crews and Charissa Thompson hosting the episodes.

There will be 108 competitors in total, with 18 from each country.

According to Variety, “The athletes will run a demanding new obstacle course known as ‘The Beast,’ and each episode will crown a ‘Beastmaster,’ with the nine individual winners competing against each other in the final episode of the season for the chance to become the Ultimate Beastmaster.”

Ultimate Beastmaster marks Stallone’s first foray into this kind of TV project, but he’s partnering with The Biggest Loser executive producer David Broome to do it, so that bodes well.

No release date has yet been announced.