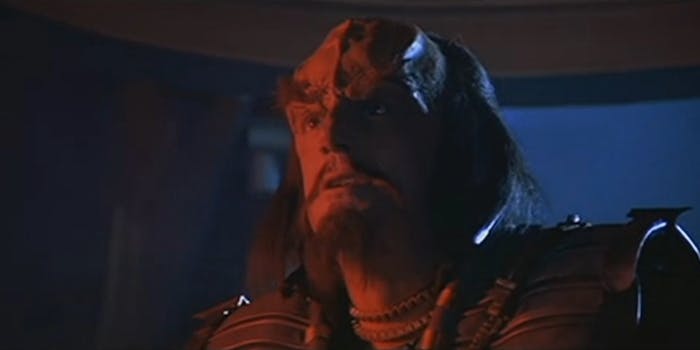 Come on, Netflix. Don't get your yopwaH in a bunch.

Netflix must be wishing it had Ensign Hoshi Sato’s Universal Translator right about now.

The streaming video service is pulling Star Trek III: The Search For Spock from its U.S. offerings until it can make sure the subtitles for scenes in the Vulcan and Klingon languages are dead on, Radio Times reports.

Rather than switching to horribly dubbed versions of the dialogue—a good call since anyone who takes a dub over subtitles should be cast asunder—Netflix reckons it’ll take about a week to fix the translations. Presumably it’ll need to hotfoot it to the nearest Star Trek convention to ask the first person with pointy ears what “kreyla” means (it’s a type of Vulcan biscuit, gang).

It’s nice that Netflix cares enough about the accuracy in translation. It really is. Here’s hoping the company can dedicate some of its resources to fixing the subtitles in the fifth season of Friday Night Lights (a few episodes have seriously terrible subtitles) and fixing its caption writers’ questionable math skills.