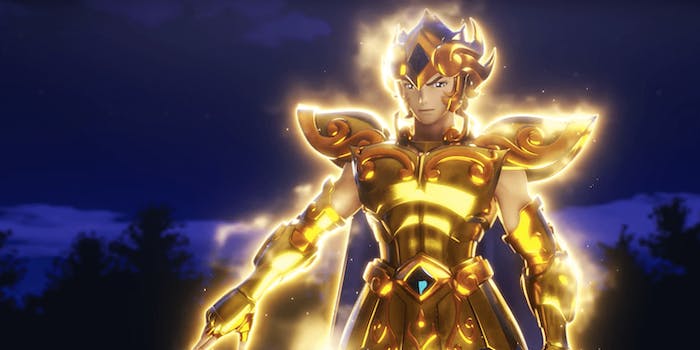 Netflix anime ‘Saint Seiya: Knights of the Zodiac’ won’t appeal to anyone but children

Netflix's remake of the classic anime is egregious.

Despite my years of anime fandom, I’ve only ever been passingly familiar with Saint Seiya. I vaguely understood it involved pretty boys in armor and Greek mythology, which I knew more from cultural osmosis than any vested interest in the property. Now, over 30 years after the original series debuted, Netflix’s Saint Seiya: Knights of the Zodiac attempts to retell the story in a slightly modernized setting. Unfortunately, since I’m not a child under 12, this was probably the worst way for me to enter the franchise.

Saint Seiya: Knights of the Zodiac

From the first episode, when a knight in gold armor saves Seiya and his sister Patricia from a seemingly random group of gunmen, the story moves rapidly through its rote plot beats. Seiya grows into a teen but never stops searching for his sister, and when a video of his powers manifesting makes it to the internet, he finds himself kidnapped by a man telling him he’s the Pegasus Knight, destined to help protect Athena’s reincarnation.

From there, the plot jumps to Seiya fighting another young man for a set of armor, presumably at the conclusion of the trial. After one episode of that, it zooms over to a tournament arc where, after a series of almost completely bloodless battles, Seiya and the others save the day and shout about the power of friendship, even though they’ve known each other for all of four episodes and spent most of that time either fighting or snarking at each other. 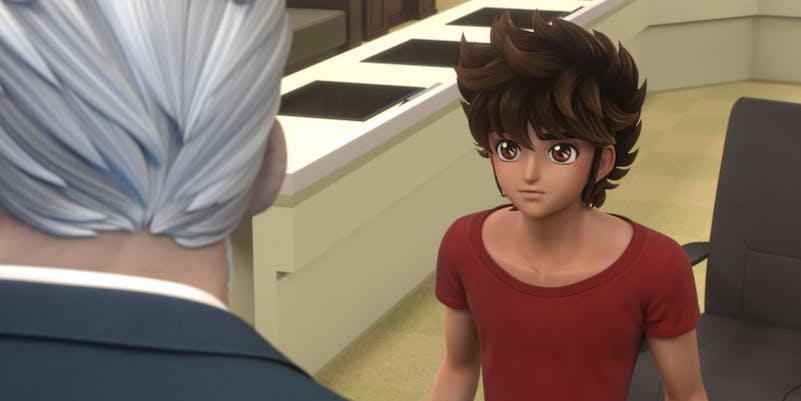 Rushed pacing and character writing that’s more interested in quips than building human connections takes me back to my middle school days, but not in a pleasantly nostalgic way. Saint Seiya: Knights of the Zodiac carries an odious whiff of network TV dubs, back when American TV executives saw anime as a cheap alternative to making their own material. These licensors heavily edited the shows, removing both “objectionable content” to meet America’s stricter standards of what’s appropriate for children and wide swathes of story deemed “too slow.” The characters generally got smart-alecky rewrites, erasing any sense of camaraderie even in ensemble-focused shows like Sailor Moon and One Piece.

Saint Seiya: Knights of the Zodiac may not be edited, but that’s because the American execs were holding the reins from the start. It’s a co-production between Toei, the studio behind the original Saint Seiya anime, and Netflix, with Toei animating and Netflix writing. Netflix is notoriously shadowy about the details of its original anime, and this is the first time its creative role is relatively unambiguous. While Saint Seiya may follow the basic plot of the original, the characters’ Japanese names have been Westernized, swapping out “Shun” for “Shaun” and “Saori” for “Sienna,” among others. 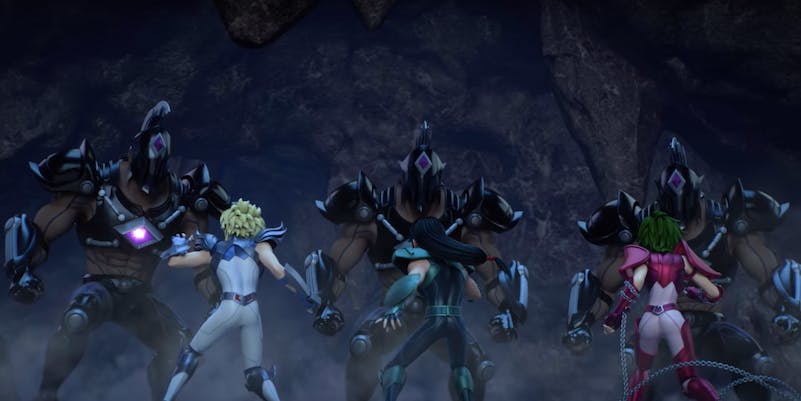 The most egregious change, however, was the decision to make the previously male character Andromeda Shun a girl for this remake. When producer Eugene Son took to Twitter to explain the choice, fans were universally angry. I don’t think I’ve ever seen one decision upset anime fans on both ends of the political spectrum. Conservative fans decried it as a political move designed to shoehorn in more female characters, and progressive fans pointed out that while the effeminate Shun (or Shaun—for some reason they still gave her a masculine name in English) subverted gender roles as a boy, making him a girl would only reinforce those same roles.

Time that would be better spent developing the characters and their relationships is instead devoted to military fetishism and old men staring at each other and calling each other “old friend.” I half-expected them to break out the chess board any time they were on-screen together. The most developed relationship in these six episodes is between Seiya and a talking manhole cover. The result is a series that feels utterly low-stakes and devoid of tension. Even if the characters’ lives ever seemed to be in danger, it would be hard to care because they’re plastic, inside and out. 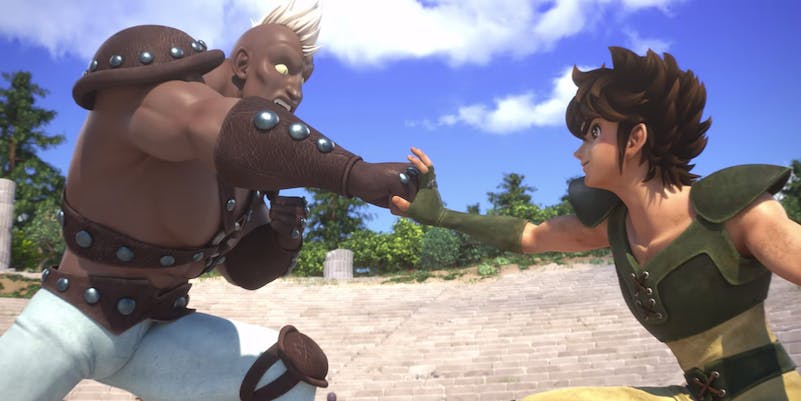 I’m not calling them plastic just because their motivations and interactions feel artificial; they quite literally look like they’re made of plastic. Their skin, hair, and clothes all have the same smooth texture as the models that decorate many anime fans’ bookshelves. Their eyes look blank and painted-on, and their hair remains stiffly in place, no matter how much they move or what position they’re in. When they’re wounded, they don’t bleed; rather, they look scuffed, as if they’ve been dropped on concrete.

All this makes it quite clear that Netflix does not give a damn about about attracting an audience outside of elementary-age children who don’t know better. The service didn’t even include the original Japanese-language track in the U.S., so only English and Spanish versions are available. If you’re a parent and want something safe to keep your kids out of trouble while you make dinner or work in your home office, you could do worse than Saint Seiya: Knights of the Zodiac. But if you’re looking for something to actually enjoy with them, look elsewhere. And if you’re an anime fan—especially if you enjoyed the original—run far, far away, as fast as you can, and never look back.