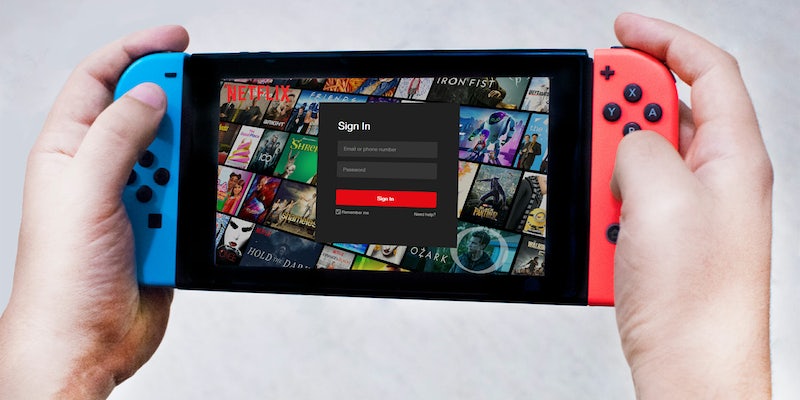 When is Netflix coming to Nintendo Switch?

It's on every other modern Nintendo system.

Since its release in March of 2017, the Nintendo Switch has sold over 20 million units worldwide. Thanks to a clever mix of handheld and console gameplay, the Switch has found an audience among gamers of all ages. There’s just one odd problem: In an era of streaming media, the Switch only supports Hulu. When will you be able to watch Netflix on Nintendo Switch, and what’s holding it back? Here’s everything you need to know.

Why isn’t Netflix on Nintendo Switch?

The addition of streaming media apps has become a basic feature for most video game systems, including many Nintendo devices. From the Wii to Wii U and even the 3DS, Netflix has been a mainstay of Nintendo systems for years. Yet when it comes to the Switch, Nintendo seems to be in no rush to add it.

Rumors swirled in June about Netflix on Switch, thanks to an error by Best Buy. A page listing the Switch claimed the console was able to stream Netflix, Hulu, and YouTube. But the listing has since been scrubbed.

Many anticipated that Nintendo would answer the Netflix question at this year’s E3 event in June, but the company was evasive with specifics. During an interview with Fox News, Reggie Fils-Aimé, Nintendo’s chief operations officer, deflected responsibility to Netflix. “For those types of questions, we have to refer you to the folks at Netflix,” Fils-Aimé said. “Right now, we’ve enabled Hulu on the platform.”

The issue, according to Fils-Aime, is Nintendo’s focus on putting gaming first. “We’ve said that other services will come in due time,” he said. “For us, we want to make sure that continue driving the install base for Nintendo Switch, continue to have great games for the platform.”

You can watch the entire interview for yourself below:

It may be frustrating for Switch owners to keep waiting, but there are plenty of other Netflix-compatible devices. The service is available on your smartphone, computer, Xbox, Apple TV, Google Chromecast, Amazon Fire Stick, PlayStation, Roku, other Nintendo systems, and even select smart TVs. So while you’re waiting, there’s probably a solution already in your pocket to help you pass the time. You might even be eligible to get Netflix for free if you’re a T-mobile customer.

Looking for something to watch on Netflix? Here are our guides for the absolute best movies on Netflix, must-see Netflix original series, documentaries, docuseries, and movies.

Need something more specific? Here are our Netflix guides for the best war movies, documentaries, anime, indie flicks, true crime, food shows, rom-coms, LGBT movies, alien movies, gangster movies, Westerns, film noir, and movies based on true stories streaming right now. There are also sad movies guaranteed to make you cry, weird movies to melt your brain, old movies when you need something classic, and standup specials when you really need to laugh. Or check out Flixable, a search engine for Netflix.