The U.S. has pretty much the worst Netflix catalog in the world

If you’re a U.S. Netflix user, you’ve likely noticed that the quality and quantity of movies has decreased. But do subscribers in other countries have the same problem?

Streaming Observer did a little digging into the catalogs of nine other countries where Netflix is popular, and cross-referenced the films available with IMDb’s top 250 list, using the FlixSearch tool.

And it found that the U.K. market is the worst, followed by the U.S., which only carries 33 movies on the top 250 list. Brazil sits at the top with 85. Of course, licensing is different from country to country, but that’s a pretty stark contrast. 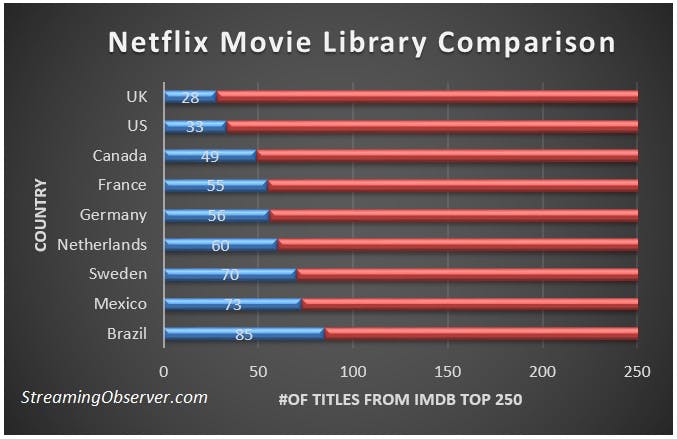 With its push for more original content, that U.S. number is likely to drop even more. Netflix has had good luck with series, but not so much original films.