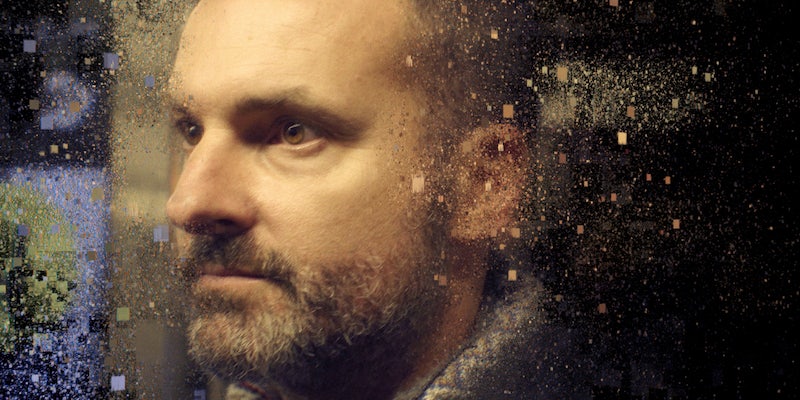 The doc is informative and compelling, but it fails to make a decisive judgment.

“Is it actually possible to have a free and fair election ever again?”

British investigative journalist Carole Jane Cadwalladr asks this question toward the end of The Great Hack, the new Netflix documentary from directors Karim Amer and Jehane Noujam. She and American media design professor David Carroll serve as the moral center of this journey through the structure, strategy, and history of Cambridge Analytica. Cadwalladr and Carroll have worked tirelessly to expose the British company that is widely credited with pushing “Leave” over the edge in the U.K. Brexit referendum, electing Donald Trump president of the United States, and swinging the results of numerous elections around the world.

It goes without saying The Great Hack is taking on a massive subject. People all over the world have been waiting for this documentary, as many see data privacy and exploitation as the key issue of our time. American cable news has captured the national imagination with “Russiagate,” a mix of truthful reporting and conspiratorial conjecture connecting Trump, Cambridge Analytica, WikiLeaks, and Russia.

Viewers hoping to get firm answers regarding what Cambridge Analytica knew and when it knew it will be disappointed. The Great Hack doesn’t tell us anything an avid news reader doesn’t already know. Where the documentary succeeds, however—and what makes it essential viewing for anyone over the age of 40—is in explaining exactly how Cambridge Analytica works.

The Great Hack breaks down how Cambridge Analytica collected thousands of data points on American voters, then served them targeted political ads. Specifically, the company heavily targeted “persuadables,” or those who haven’t yet made up their mind, to win elections for its clients. The film even shows the kind of ads that could turn a persuadable into a diehard supporter of a particular cause or candidate.

Where the documentary slips is trying to draw firm conclusions about our political moment from its dissection of Cambridge Analytica. Look at the title of the film: The Great Hack. Cambridge Analytica collected data that was volunteered by voters, and then targeted them with ads. That is not a “hack” in the way that the DNC’s servers were hacked. It is a “hack” in the same sense we use “life hack” to describe a cheat or shortcut. Is it a crime? That depends. Is it unfair? Of course. But where does that leave us?

In The Great Hack, the workers at Cambridge Analytica come off less as machiavellian super villains and more as shrewd, if soulless, businesspeople. A former company executive states outright, “The Obama campaign very successfully used data and digital communications, which created a market opportunity to provide a service to Republican politics in the U.S.” In short, Cambridge Analytica got GOP business because the GOP was bad at being online, so it would pay more. In fact, CA was working for Ted Cruz before it went to work for Trump.

One of the most memorable and chilling moments in the film comes when a former Cambridge Analytica employee is asked about Hillary Clinton and the Democratic Party. She simply says, “None of them ever offered to pay me.”

Therein lies the tension that The Great Hack never quite resolves. While Cambridge Analytica has certainly pulled some dirty tricks, nobody can agree if those tricks are crimes or merely immoral. “What this strategy is meant to do is identify people who are still considering many different options and educate them on some of the options that are out there,” argues former CA executive Brittany Kaiser, who is featured heavily in the film. “If they are on the fence, then they can be persuaded to go one way or another.”

Most of the other talking heads in the film believe Cambridge Analytica’s activity should be considered criminal, a point of view the filmmakers clearly share. If the goal of the film was to leave the question “What do we do now?” unanswered, perhaps The Great Hack would be a classic. But the directors obviously wish they could serve as judge, jury, and executioner. By that measure, the film is a failure.

Cadwalladr calls Cambridge Analytica a PSYOP, noting that SCL Group, a behavioral research company and CA’s forerunner, was a military contractor. But The Great Hack can’t differentiate between a targeted ad and a PSYOP. Yes, some of CA’s ads were misleading, and some of their efforts—such as suppressing the Black youth vote in Trinidad and Tobago—have been cynical. But how is Cambridge Analytica’s dastardly behavior any different than a targeted ad that tells me to vote for Beto O’Rourke because I am a white, college-educated, millennial male from a rural area? The filmmakers don’t seem to know, and after finishing The Great Hack, neither will viewers.

Despite its lack of a coherent thesis or call to action, The Great Hack still has much to admire. Kaiser is a fascinating, if unreliable, figure, who worked as a human rights activist and member of Obama’s social media team before joining Cambridge Analytica. “I got a little more conservative or posh in the way I dressed or spoke. Going shooting on the weekends or things like that,” she says. “Strapped on my cowboy boots. Got into character. Got my NRA membership.” Now she’s turned double agent, pushing back against her former employers.

It’s hard to tell if Kaiser had a change of heart after Trump won, is desperately trying to repair her personal brand, or simply sees an opportunity to play both sides depending on who has more cash—but she is interesting nonetheless. It’s fascinating to watch the walls close in on her while she vacations in Thailand and at Burning Man, and watching her deal with the launch of investigations in the U.S. and the U.K. is thrilling.

Still, these entertaining and informative elements can’t erase the gnawing feeling that The Great Hack is lacking something at its core. The film is eager to pass moral judgment, liberally tossing around words like “crime,” “evil,” and “PSYOP,” but it never decisively makes its case.

In the documentary’s final moments, in what amounts to the prosecution’s closing statement, Cadwalladr says, “We can see that authoritarian governments are on the rise and they are using politics of hate and fear on Facebook.” Fair enough. But that hate and fear are already present in the hearts and minds of voters. These governments are just stoking them.