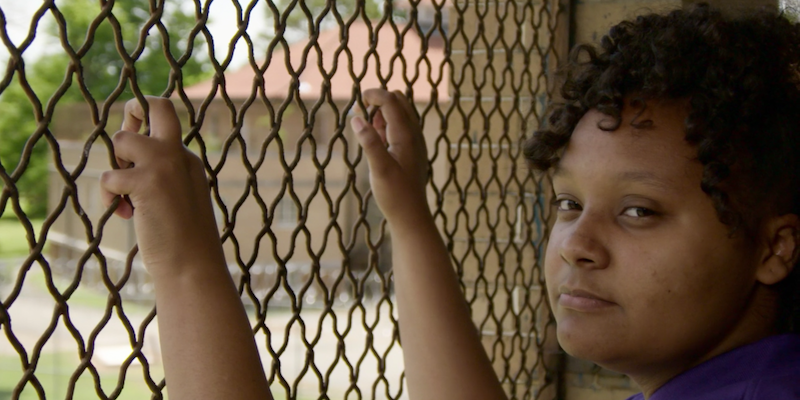 ‘Girls Incarcerated’ explores the heart-wrenching paths of teens left behind

The Netflix docuseries shines a light—but not on the bigger picture.

TV has moved to tackle mass incarceration in America—from documentaries like O.J.: Made in America and 13th to fictional TV series like Orange Is the New Black—but there’s never quite been a series that’s captured what incarceration looks like for the American youth. Girls Incarcerated, which lands on Netflix in conjunction with Loud TV and Plum Pictures, tackles this space in a gripping new docuseries.

The eight-episode series follows a group of teenage girls incarcerated at the Madison Correctional Facility in Indiana, as they struggle with the consequences of drug use and violence—and strive to become better young women. Through one-on-one interviews with a handful of the girls and candid footage taken throughout their daily routine, Girls Incarcerated gives viewers an inside look into what it’s really like to serve time at a juvenile detention center.

At its worst, Girls Incarcerated feels repetitive and like propaganda for the Indiana Department of Correction. It’s also better described as reality TV than a documentary. But at its best, Girls Incarcerated is an emotional, impactful, and at times overwhelming look into what compels a teenager to act out and walk down the wrong path—and how these young women are working with all kinds of odds against them to forge a new path toward a brighter future.

Each episode follows the girls through a day in the life at the facility but dedicates a portion of the episode to dive deeper into a different teen’s past and what she’s doing to prepare to re-enter the real world. Each teen has a powerful story about how they got there—Heidi Lakin was sexually abused as a child and developed anger issues; Sarah Maxwell’s mother was a drug addict who then got her addicted to heroin and meth by forcing her to take it; and Taryn Twine accidentally killed a friend in a car accident and self-checked herself in to punish herself. Each story unveils how either their parents or their environment failed them.

At the end of almost every episode, one teen gets released back into their home environment and viewers get to follow-up and see how they’re doing. In some cases, viewers see how time spent in the facility inspired these girls to change. But in others, girls spiral back to their old habits of drug use and running away.

While the series is certainly filled with a lot of emotion and heart-wrenching moments, there are lulls. That’s probably because correction facilities, where routine becomes a key part of recovery, get a little boring. Unfortunately for the creators, that means repetitive scenes and certain interviews with the girls were used more than once.

The docuseries also painted the employees in the facility in an incredibly positive light, which may have been the price paid for such extensive access to the facility. Some of the staff genuinely deserves praise, like Jacie Minnick, a counselor who appears for the first few episodes to display the incredible impact she had on each girl she worked with. But every interview with the staff becomes a glowing advertisement for the Madison Correctional Facility and the justice system at large is never criticized. No one said a word when a Christian woman volunteering to conduct bible study with the girls opted out of discussing core beliefs of the religion—like forgiveness and God’s everlasting love—to berate the girls for their sexual preferences.

The failure of the justice system was particularly apparent in the story of Najwa Pollard, a girl first admitted at age 14 for bad behavior and drug abuse who completes her program but cannot be discharged because she doesn’t have a suitable living situation to return to. By the final episode, Pollard celebrates her 16th birthday but now suffers from self-harm and a general lack of motivation to better herself because she knows she won’t be released.

Overall, the series displays how important rehabilitation and reform—rather than mere punishment—can give troubled people a second chance at life. During the graduation at the facility’s accredited high school, the program’s principal describes the situation best: “If there’s one thing this place needs, it’s for the students to dream and not be defined by the fact that they’re here.”