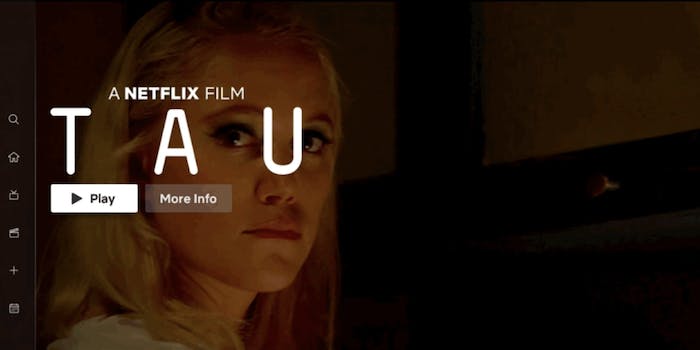 Here’s what happened when we sent emoji to Netflix

Netflix debuted a couple features this week, including a new vessel for recommendations: Recomoji.

According to a video posted on Tuesday, Netflix is very invested in your feelings, and partnered with Facebook Messenger to help tailor recommendations to your feelings. And by feelings we mean emoji.

If you open up the link in the video, you’ll be taken to Messenger, but you must click “Get Started” to initiate a conversation, and Netflix will be allowed to see your public info. If you’re OK with that, you can start dropping emoji into Messenger and Netflix’s red-and-white-clad minions will return a recommendation of a movie or series. You can use Recomoji on the Facebook Messenger app or desktop.

We took “What Are You In The Mood To Watch?” a little too seriously. Try it now: m.me/netflixus

We tried out a few of the more elicit emoji, naturally. The purple eggplant received recommendations for Grace and Frankie and American Vandal, but it didn’t quite recognize the tone of the peach emoji.

And we’re really not sure what it picked up from this finger emoji combo to return The Emoji Movie.

You can also ask for new recommendations, and this kind of interface is almost more enjoyable than scrolling through Netflix’s frustrating homepage.

Speaking of which, Netflix also announced it redesigned the TV interface to make it easier to navigate. Newly added content will apparently be easier to find via remote, according to a blog post from Director of Product Innovation Stephen Garcia. And a sidebar addition will allow subscribers to scroll movies and series quicker, as there are now actual subheads for them.

Netflix also announced that its vault of standup comedy specials will be coming to SiriusXM. You’ll be able to hear clips from original specials, Netflix talk shows, and it will also air original programming, starting in January 2019.