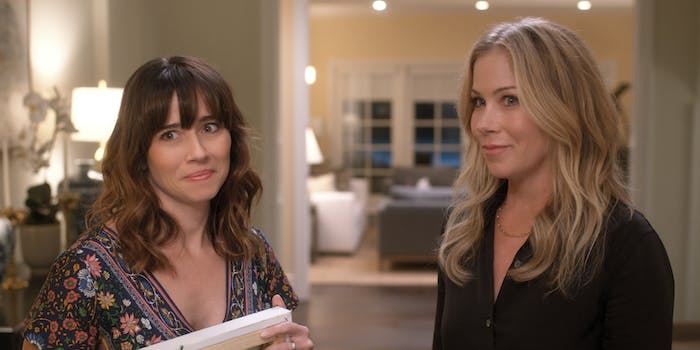 Apple TV+, Disney+, and Quibi all came out with nominations.

Netflix emerged with the most Emmy nominations of any network or streaming platform with 160 nominations across its shows after nominations for the 72nd Emmy Awards were revealed Tuesday.

But it’s far from the only major streaming contender. Streaming platforms outnumber traditional networks in several major categories; that number is even higher if you loop in traditional shows with streaming ties, like HBO. Hulu (with 26 nominations) and Amazon Prime Video (with 30 nominations) both came out strong while several streaming platforms that didn’t even exist a year ago—including Apple TV+, Disney+, and Quibi—were all nominated for the first time.

Netflix has multiple entries spread across drama, comedy, limited series, and television movie. It has three shows up for drama series (The Crown, Ozark, and Stranger Things), two shows up for comedy series (Dead To Me and The Kominsky Method), two limited series (Unbelievable and Unorthodox), and four television movies (American Son, Dolly Parton’s Heartstrings: These Old Bones, El Camino: A Breaking Bad Movie, and Unbreakable Kimmy Schmidt: Kimmy vs. The Reverand). Orange Is the New Black, Glow, and Hollywood all have acting nominations.

Apple TV+, with 18 nominations, is largely banking on its star power in The Morning Show with acting nominations for Jennifer Aniston, Steve Carell, Billy Crudup, Mark Duplass, and Martin Short.

But the biggest Emmy surprise is The Mandalorian, which received 15 of Disney+’s 19 nominations. Although many of those nominations are in technical categories, Giancarlo Esposito received an acting nomination for his role as Moff Gideon while the show is up for outstanding drama series.

Even Quibi, which has gotten more attention for how it’s run than for any of its programs, came out with 10 nominations, all of which are in short form comedy or drama series categories.

You can view the full list of Emmy nominations here. The 72nd Emmy Awards will air on Sept. 20.