Netflix urges you to binge responsibly this April Fools’

Netflix may have basically become a way of life for most of us, but the company wants you to also remember the more important parts of life.

If you watch more than two episodes of a TV show on Netflix in a row in the U.S., Canada, the U.K., or Ireland, you’ll be greeted with a PSA-like video featuring a star from one of Netflix’s many series.

They all just want to know if you’re OK. You’ve been watching Netflix far too long, and you should go do something productive before you come back to your show. Orange Is the New Black’s Taylor Schilling reminds you that you have real friends outside of your Netflix friends, while House of Cards star Michael Kelly tells you to get back to work. BoJack Horseman is under the impression that binging means drinking, so he’s got you covered there.

But if you are being a responsible adult (after your last game of Google Maps Pac-Man, you swear!) and don’t actually have time to binge-watch your way to a PSA, you can still view them all by searching “binge responsibly” on Netflix to access all 13 PSAs. 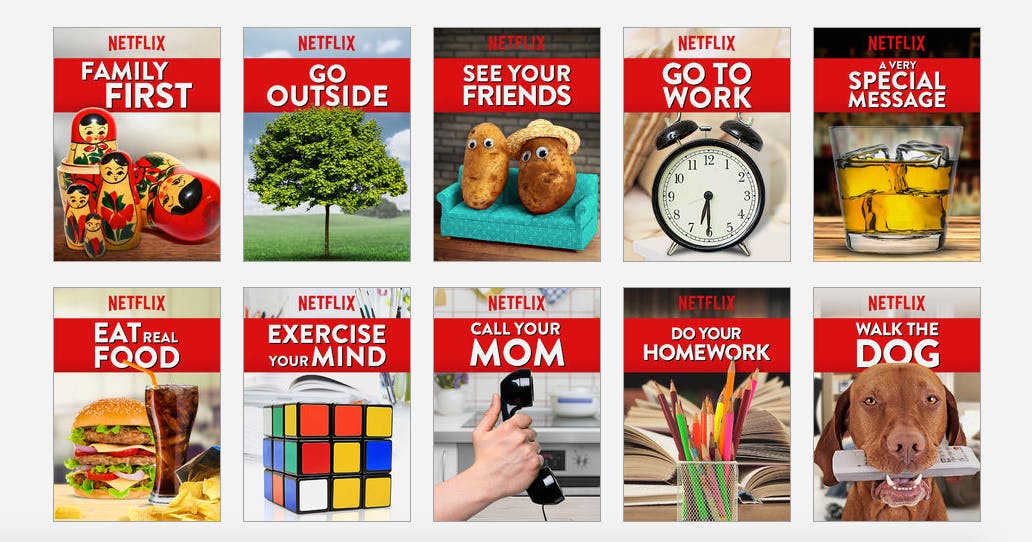 If watching (and probably ignoring) PSAs urging you to eat real food, go to sleep, do your homework, or shower doesn’t do it, you could just check out the newest selection of films available from Redbox. Although fake, the pet-themed games and movies probably would have been a lot better than the originals. 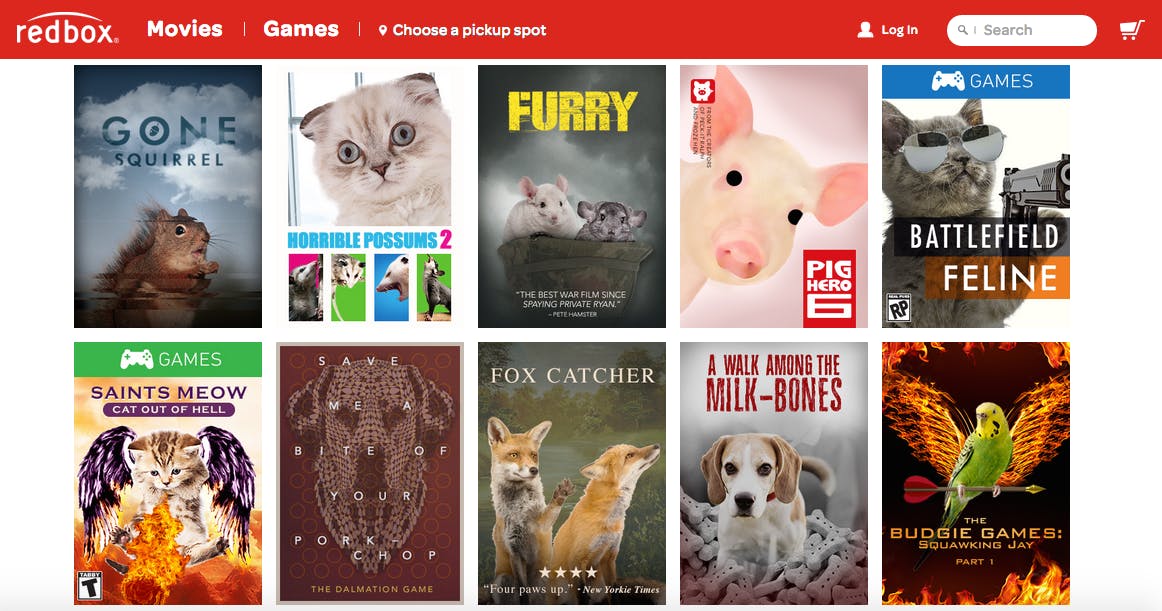 Update 3:17pm CT: In other Netflix news today, TorrentFreak reported that the streaming giant was prepping a “free tier” of services, born out of a Popcorn Time acquisition. Sorry, folks: That one ain’t real either.