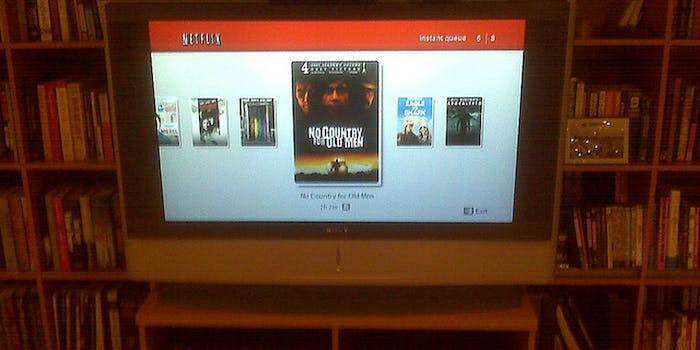 A great poet once said, “Nothing changes New Year’s Day.” And while that’s true in many respects, it doesn’t apply to Netflix. A handful of new movies were added to the site today.

Several titles will also be expiring today, and all the buzz around this year-end event has sparked a discussion once again about supporting brick-and-mortar video stores. Netflix had a pretty good year with its original programming, namely Orange Is the New Black and House of Cards, both of which will see second seasons in 2014. Has Netflix’s accessibility made us more willing to binge, and therefore more willing to wait around for titles than seek them out?

If you do want to binge, the added titles make for a good New Year’s Day marathon. Of particular note is American Psycho; Christian Bale’s portrayal of dead-eyed Wall Street wolf Patrick Bateman is still pitch-perfect a decade later, especially this scene:

Also worth streaming: Raging Bull, Breakfast at Tiffany’s, Big Trouble in Little China, and The Day the Earth Stood Still. There’s some talk in a Reddit thread about 2001: A Space Odyssey only being available in Sweden and Brazil, but Netflix should definitely add that in the States posthaste. Here’s what’s on: