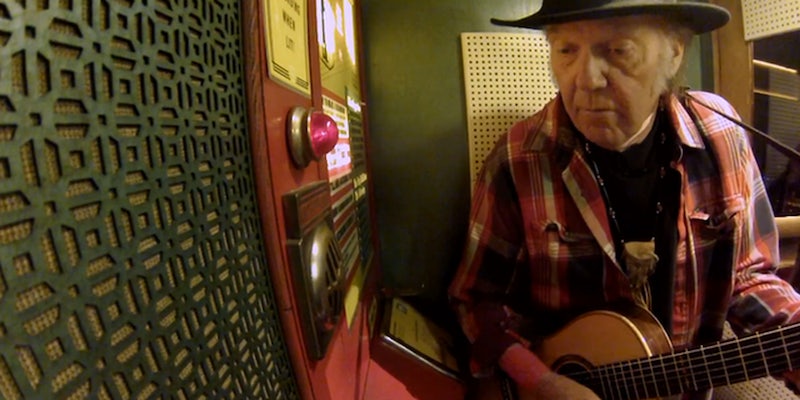 A seven-inch single made TV history.

Last night on The Tonight Show, Neil Young and Jack White made history with Willie Nelson in a recording booth.

Young recorded his upcoming album, A Letter Home, in the booth. He told Spin that the album will be “retro-tech,” and straddle the divide between analog and the high-resolution sound of his Pono listening device, which debuted at this year’s SXSW:

“You can make a lo-fi, analog record, direct to vinyl, transfer it to 192, and you have a high-res copy of a lo-fi vinyl record.”

Young captured the booth’s warm sound last night, when he recorded a one-take cover of Willie Nelson’s “Crazy,” which was pressed directly to vinyl. The seven-inch single was then played at the end of the show, as Young, White, and guest Louis C.K. looked on.

That’s a lot of pressure to record a song in one take on live TV, but Young’s like, “I got this.”