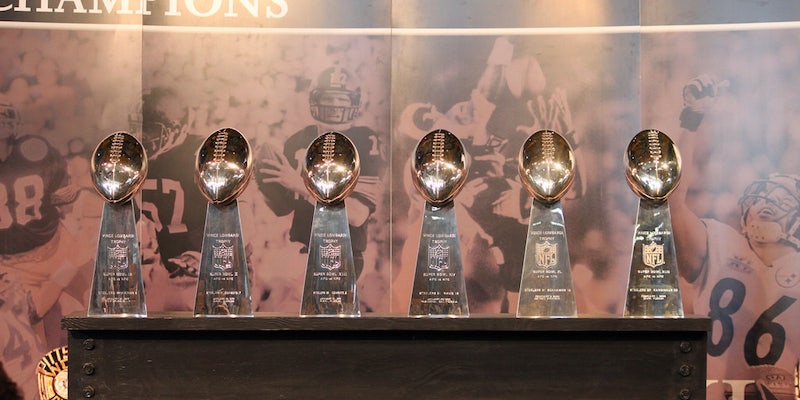 How to livestream the Super Bowl

Ditch your coworkers' Super Bowl party and cozy up on the couch with your computer.

If you’ve cut the cord and are looking for a way to watch the Seattle Seahawks try to repeat as NFL champs against the New England Patriots come Feb. 1, then have no fear. Instead of searching for bootleg livestreams or pretending to tolerate coworkers just to enjoy their 60-inch TV, you can watch the entire thing for free in your pajamas.

That’s right, thanks to the folks at NBCUniversal you can enjoy an 11-hour digital video stream of Super Bowl XLIX including pregame analysis, the halftime show, and even a brand new episode of NBC’s The Blacklist. Though the game has been livestreamed since 2012, this year marks the first time that the halftime show, set to be headlined with performances by Katy Perry and Lenny Kravitz, will be shown digitally.

NBC’s Super Stream Sunday event, which stretches from noon to 10pm ET, will be available on desktop computers and tablets through NBC’s Sports Live Extra app. Sadly, smartphones can’t participate since Verizon Wireless holds exclusive streaming rights thanks to a deal with the NFL.

But for fans whose favorite part of the big game is catching all the buzzworthy commercials, never fear. Variety reports that the livestream will “feature ads sold specifically for digital (although some ads airing in the linear TV feed are expected to be in the mix); the Super Bowl spots will also be available online at NBC.com as well as Hulu and YouTube.”