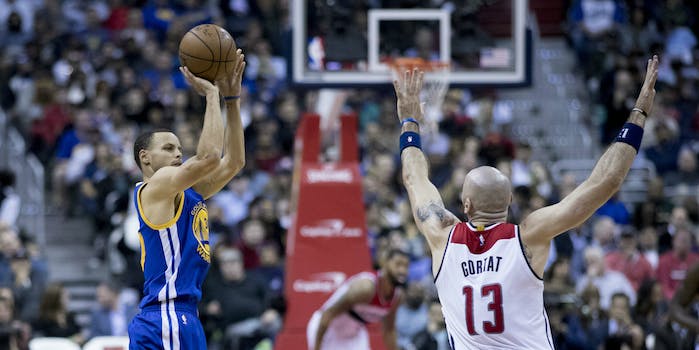 How to stream all 5 NBA Christmas games for free

'Tis the season for the NBA.

NFL has Thanksgiving, and college bowl games dominate New Year’s Day, but Christmas belongs to the NBA. Each year the NBA Christmas games capture the narratives people were most excited about going into the season. And while some of them inevitably use their luster by December (the Oklahoma City Thunder visiting the Houston Rockets will no longer focus on Carmelo Anthony facing off against his old team), all five of the 2018 games should be fun to watch.

But there’s a catch: NBA League Pass won’t bring you any holiday cheer. All of the NBA Christmas games will be blacked out on the service. Ditto for NBA TV. If you want to watch NBA Christmas games online, you’ll need a streaming service that offers both ESPN and a local channel for ABC.  Thankfully, you have plenty of options, and all of them come with a free trial to get started.

Here’s the complete schedule for the 2018 NBA Christmas games and how to watch online for free. (If you want to stream other NBA games, check out our guide to NBA games on TV, which includes the complete 2018-19 schedule.)

NBA Christmas games 2018: How to watch all 5 games online

There’s not a bad option for watching the NBA Christmas games online—except for FuboTV, which is an exceptional streaming service that inexplicably lacks ESPN. Here’s what you need to know about your other options.

Hulu with Live TV is your best bet for live streaming the 2018 NBA Christmas games. That’s not only because your subscription lets you watch ESPN and provides a local ABC affiliate, but it also comes with complimentary access to Hulu’s full catalog of movies on Hulu, documentaries, TV shows, and Hulu originals, so you’ll have something to watch during halftime and after the games end. For an extra $4 per month, you can upgrade to Hulu with No Commercial.

Sling TV is your cheapest options for streaming the NBA Christmas games. Its Sling Orange package ($25 per month) comes with three ESPN channels, but chances are you’ll want to upgrade to Sling Orange + Blue ($40 per month) to get channels like FS1, FX, and more. Three things worth noting: Sling TV offers NBA League Pass as an add-on. You can also get NBA TV with the Sports Pack add-on. And if you’re lucky, the ABC games will simulcast on ESPN3.) (Here’s a complete guide to Sling TV channels.)

PlayStation Vue is a solid streaming option—and not just for gamers. The services works with most streaming devices, and while it offers four levels of channels, the basic Access package ($44.99 per month) has pretty much everything you’ll need. (Here are all of PlayStation Vue channels.)

YouTube TV offers many of the same channels as Hulu with Live TV, and it has its own perks. You can tack on six accounts for every subscription (assuming each one uses the same address), and each one of those accounts gets unlimited cloud DVR. You can also fast-forward through ads in recordings, which is ideal if you’re trying to quickly make your way through a game after the fact. (You can find the full list of YouTube TV channels here.)