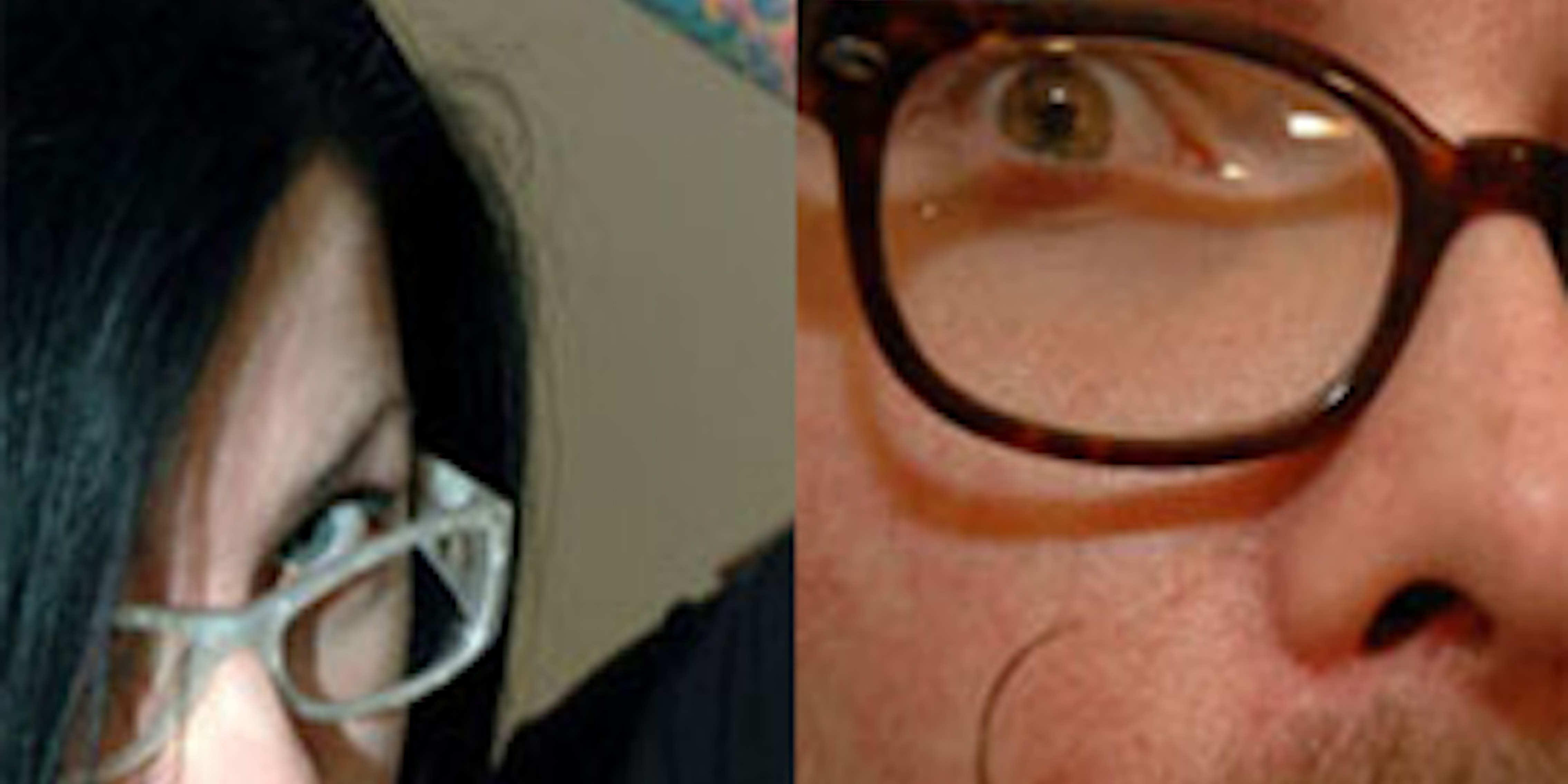 Married to the Sea authors return to blogging

Drew Fairweather and Natalie Dee are at it again. Their mini-empire already boasts a roster of popular webcomics: Dee’s Natalie Dee, Fairweather’s Toothpaste for Dinner, their joint effort Married to the Sea, and the various Tumblrs and the merch shop where their fanbase thrives.

But you don’t get to be the power couple of webcomics by resting on your laurels, so the two have branched out into new projects, and this time, they’re blogging.

Known for their droll, satirical humor and deliberately simple drawing styles, Dee and Fairweather have made a name for themselves with images and familiar characters that have proliferated the Internet via remixes, memes, and more.

Fairweather, who was a chemist before he became a noted musician and webcomic artist, told the Dot that he and Dee have been blogging for years:

“It’s really just been us starting a couple of new projects where we can write more. It wasn’t really branching out so much as a return to form. After publishing out my novel Veins last year, I kept writing. Natalie and I had talked for a while about starting some new blogs and finally had the time to get them going this spring.”

Dee and Fairweather are masters of the single-panel comic format as well as frequent users of Tumblr, so it’s no surprise that Fairweather’s next project should capitalize on both; his new blog, The Worst Things For Sale, is a hilarious example of just that: ridiculous items for sale with a short, snarky writeup. From the first post, made in July, the Tumblr has been a hit.

Dee, on the other hand, went for a longer format approach. Stuff I Put On Myself is a space to share makeup, beauty, and health tips.

While on the surface, the projects couldn’t be more different, they both showcase the duo’s trademark caustic humor and skepticism: Take Dee’s complaints about a brand of nail polish: “It seems like maybe this crap only works if you do enough magic to it, and say enough prayers.”

Then there’s Fairweather’s take on an egg-cracker: “Never mind that man has done this since the discovery of chickens, the year is 2012 and we can’t crack eggs without a special thing in the kitchen.”

Fairweather says that comparing the two is “a little bit of apples-to-oranges. My entries tend to be brief and frequent, while Natalie posts about once a week with long, detailed articles on specific topics. The Blogger platform works much better for her writing, and Tumblr seems to be purpose-built for a short attention span, so they both serve us well.”

And both blogs are attracting solid audiences. Whether Stuff I Put On My Face and The Worst Things For Sale will have the ongoing fanbases of Dee and Fairweather’s other projects is anyone’s guess, but for the authors, it’s just about creative expression. “Writing has always been fun for me,” Fairweather says, and this is no exception.”