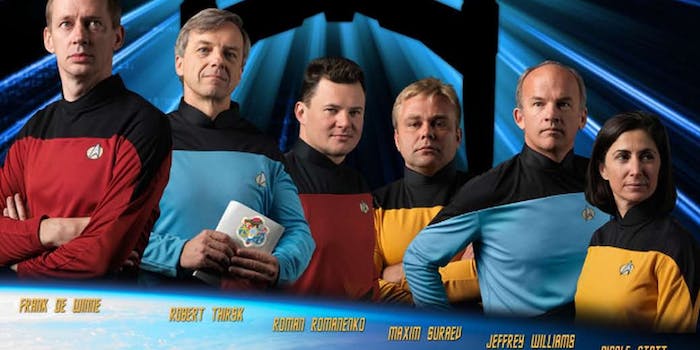 The ties between Star Trek and NASA go back a long way.

The ties between Star Trek and NASA go back a long way. Mae Jemison, the first black female astronaut, credits Star Trek character Nyota Uhura as her inspiration to join NASA, and went on to have a walk-on role in Star Trek: The Next Generation. Just this year, a crowdfunded NASA trailer will be be shown before screenings of Star Trek Into Darkness, following a popular Indiegogo campaign.

There’s a pretty big overlap between space geeks and science fiction fans, and NASA is clearly happy to cater to both audiences. Canadian astronaut Chris Hadfield has done much to boost the popularity of current NASA missions, mostly through his gleefully enthusiastic Twitter feed (including chatting to Star Trek alums Wil Wheaton and William Shatner), which he updates from the International Space Station.

Hidden in the Space Flight Awareness section of the NASA website are more nods to NASA’s fun-loving-nerd audience. Each expedition to the International Space Station gets its own publicity poster, beginning in the year 2000 with a slightly dorky picture of the three Expedition 1 astronauts in their space suits. But as the years progressed, someone at NASA got a little more Photoshop-happy and started turning out movie parody posters. The Star Trek comparisons are obvious, but by the late 2000s, they’d branched out into making everything from Beatles posters to Quentin Tarantino. We recommend checking out the entire page, but here are some of our favourites.

OK, we’re not gonna lie to you. There are a lot of other Star Trek–themed posters in the International Space Station’s 35-expedition history. But this is probably the best one, since the astronauts went all-out and actually cosplayed in Next Generation–era uniforms.

No actual giant robots were involved, but Expedition 31 did go for the snazzy Transformers-style typeface. Puzzlingly, their alternate poster has a Van Gogh background. 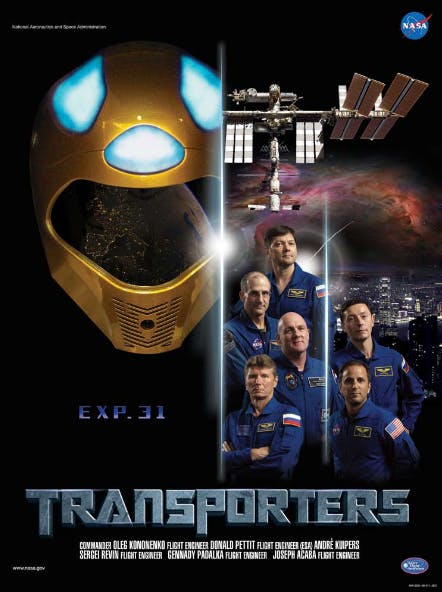 The poster for Expedition 26 shows astronaut Catherine Coleman in the role of barefoot Paul McCartney. We like the detail of the zebra crossing stripes spelling out the roman numerals for 26. 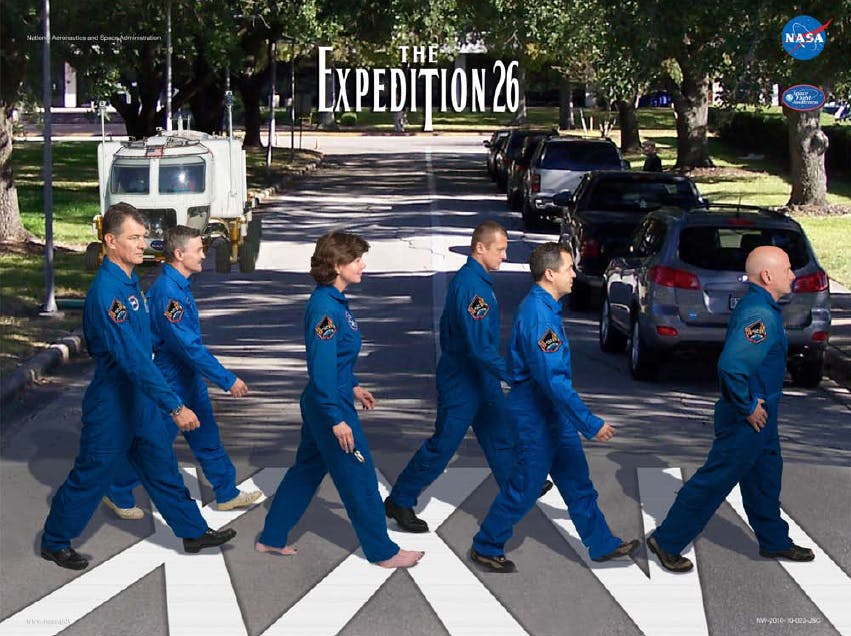 4) Pirates of the Caribbean

We don’t know whether to add or deduct points for the groan-worthy pun in the title: “Pilots of the Caribbean.” 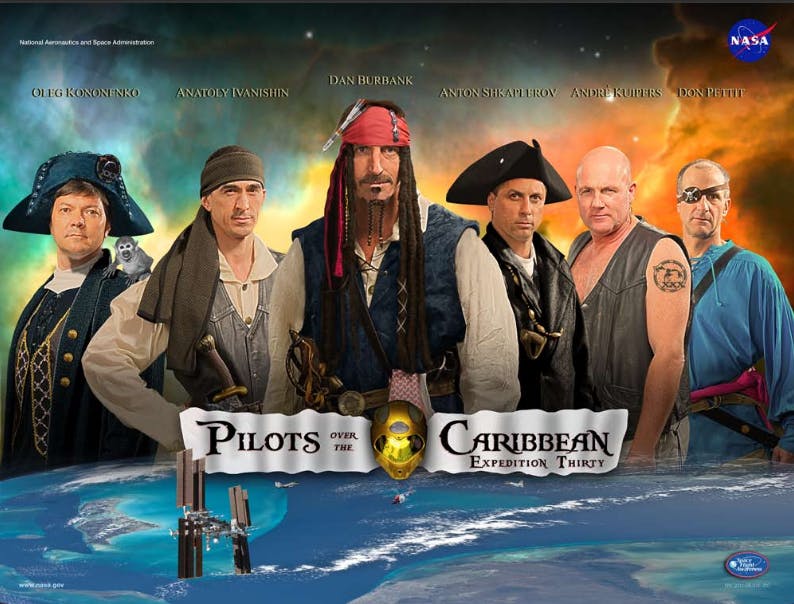 With the team from expedition 16 dressing up as the leather-wearing badasses from The Matrix, we’re pretty sure that 2007 was the year when NASA’s publicity team decided to abandon the old-school astronaut posters. 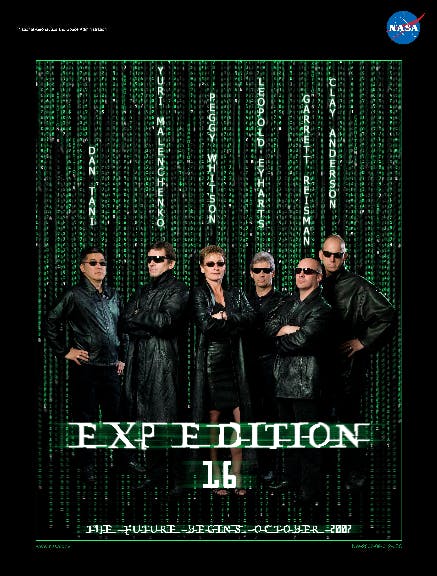 All images via NASA.gov/Space Flight Awareness