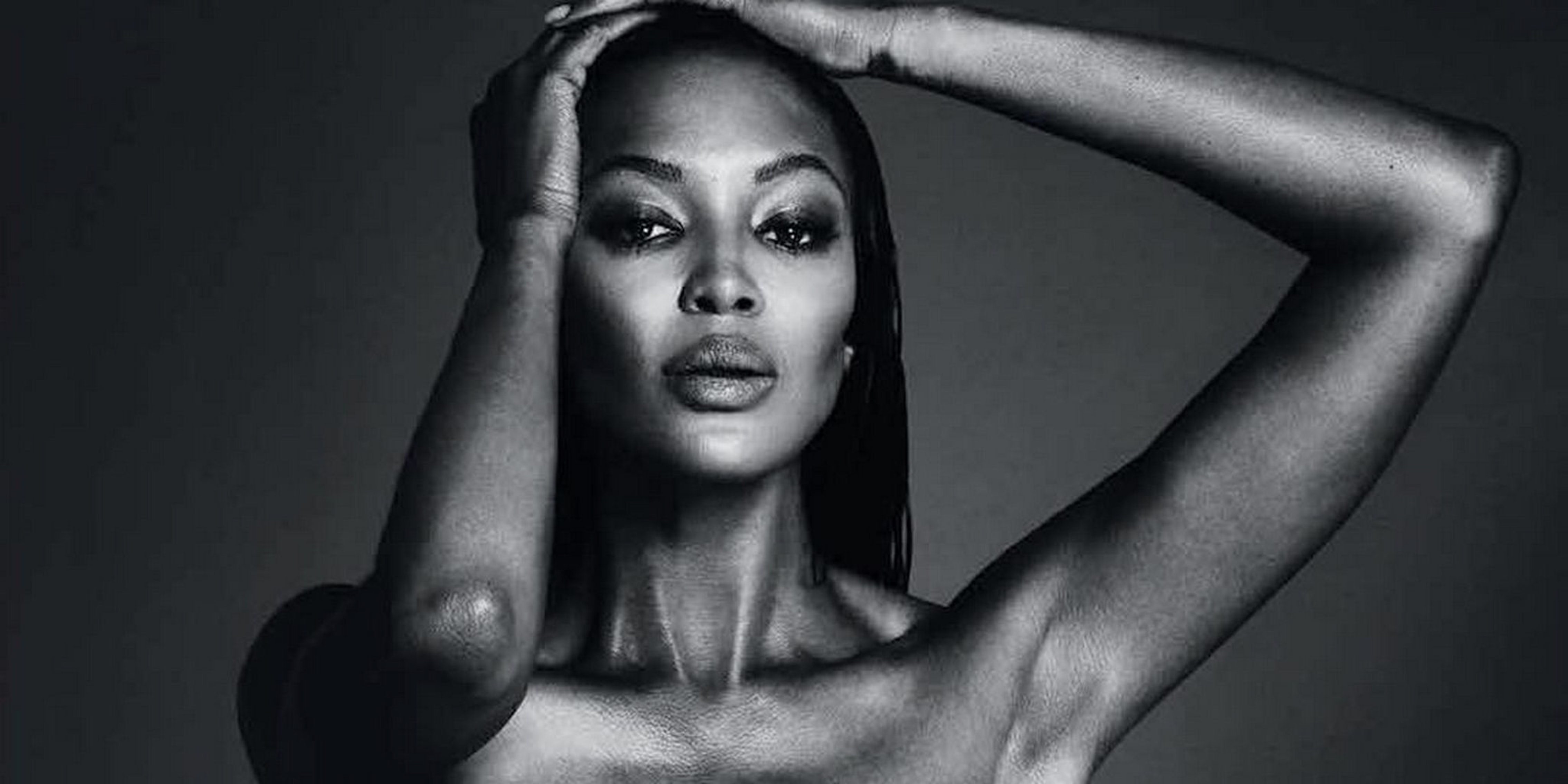 Let's see how long that lasts.

Model and actor Naomi Campbell is the latest public figure to test the limits of social media’s nudity standards. She did so with an artfully topless still that hit Instagram like a stone.

Tuesday afternoon the British icon accompanied a nude black-and-white photograph with a #freethenipple rallying cry. Not unlike Kim Kardashian‘s first attempt to “break the Internet,” the gesture teased an upcoming Garage magazine series. 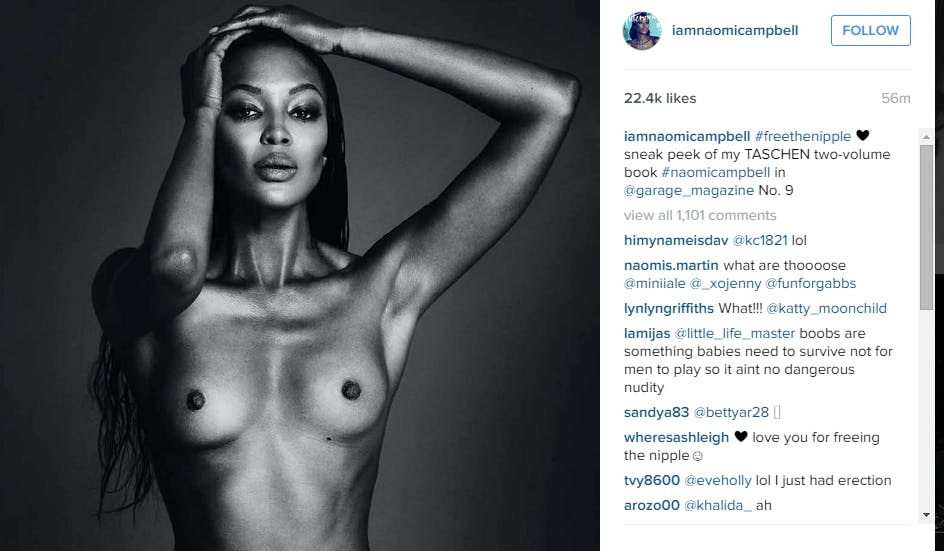 For its part, Garage posted a version of the photo with preemptive censorship.

Despite protests from celebs like Chrissy Teigen, Miley Cyrus, Madonna, and Chelsea Handler, Instagram’s nudity policy doesn’t permit topless photography of this nature. Seen as a perennial double standard, the rules have been a continued source of protest across social media. Instagram’s policy states:

We know that there are times when people might want to share nude images that are artistic or creative in nature, but for a variety of reasons, we don’t allow nudity on Instagram. This includes photos, videos, and some digitally-created content that show sexual intercourse, genitals, and close-ups of fully-nude buttocks.

Instagram does, however, permit breastfeeding and post-mastectomy photos. At press time, Campbell’s photos remain live on both Instagram and Twitter. Let’s see how long that lasts.