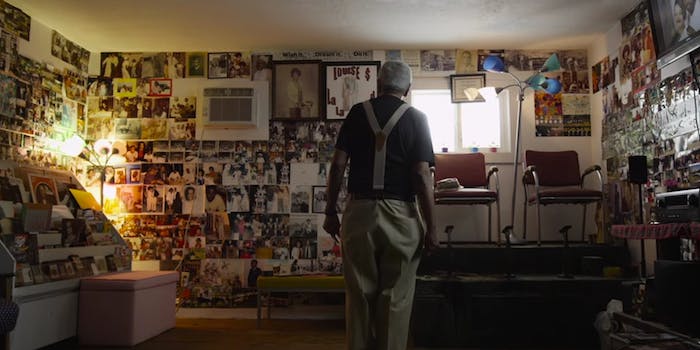 Mutemath’s aching ‘Monument’ video is a sentimental testament to love

You'll want to watch this one a few times.

When MTV debuted in 1981, music videos were all the rage. In the three decades since, their popularity has waned. But every once in awhile a video pops up that is so incredible, you have to watch it on a loop.

That is the case with the video for Mutemath’s latest, “Monument,” which premiered last week. The video is about Charles “LaLa” Evans, a man who lost his wife, Louise, after nearly 60 years of marriage. Since her death, Charles has turned their home into a museum to honor his wife’s memory.

While a video dealing with the death of a loved one could easily be sad, “Monument” is contagiously happy. The love that Lala has for his late wife is palpable. The New Orleans rockers say of LaLa: He is a “living embodiment” of the song; with lyrics like “let’s make a monument for our love,” it is clear to see why.

Watching Lala dance through his home and seeing his face light up when he watches home movies of his wife will get you.