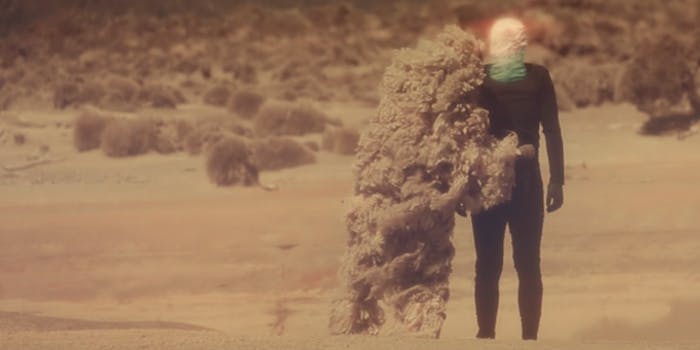 Here are the 5 best music videos on Vimeo right now

Vimeo’s “Staff Picks” have helped discover and elevate filmmakers, but the channel’s also made an effort to seek out and spotlight some of the best new music videos, directors, and obscure acts—ones you don’t necessarily see on YouTube or Vevo.

Back in March, a Nebraska musician named Kawehi covered Nirvana’s “Heart-Shaped Box.” The video, which was a Staff Pick, subsequently went viral, and now sits at 1.7 million views, spotlighting an artist who’d been crowdfunding her albums and didn’t have a label.

Their curation of music videos parallels their film-curating aesthetic, throwing back to the days when a music video release was an event. They’re attempting to erase the line between filmmakers and music video directors.

With that in mind, here are five must-see music videos on Vimeo right now:

A tale of death is spun entirely through yellow yarn in Ainslie Henderson’s stop-motion video. It sounds like it could be precious, but it’s actually pretty amazing.

Moving On from ainslie henderson on Vimeo.

A man with a light-up skull is propelled by the Toronto DJ Harrison. The next Daft Punk?

Merrill Garbus is a genius, and I don’t just throw that word around. Her latest album, Nikki Nack, follows up 2011’s phenomenal Whokill, and the video for the first single is a sign she needs her own kids’ show.

The London-based Khan’s new album is called 1992, and this video mirrors that year’s aesthetic.

Producer and musician Flying Lotus’s video for the first track off his upcoming album stars Laura Darlington on vocals, and her voice is the perfect compliment to this surreal clip, directed by Markus Hofko.