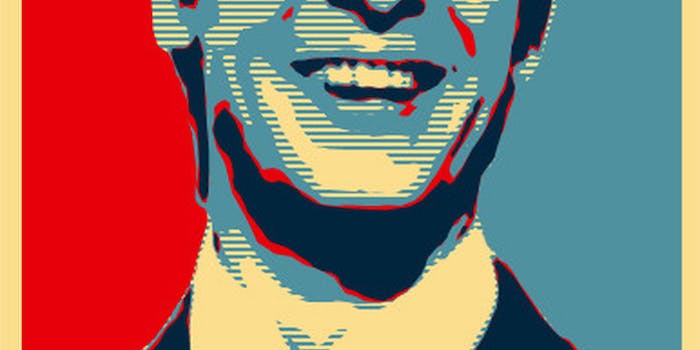 Soviet-era crooner Eduard Khil found new life on the Web with his 1976 rendition of  “I am Glad, because I’m Finally Returning Back Home.”

Soviet-era crooner Eduard Khil, known to millions on the Internet as Mr. Trololo, died in St. Petersburg, Russia on June 3. He was 77, RIA Novosti reported.

Khil’s 1976 rendition of “I am Glad, because I’m Finally Returning Back Home” took on new life on Web when it was first linked on social news site Reddit in Jan. 2010. The rest is Internet history.

“I found out about it from my 13-year-old grandson,’ Khil said in an interview in 2010, according to The Metro. “He walked into the room humming the song, so I asked him ‘Why are you singing it?’ He replied, ‘Grandpa, you’re sitting here drinking tea, and in the mean time everybody’s singing your song on the internet.’”

News of the passing quickly rippled across various social networks. “Eduard Khil” trended worldwide on Twitter, while one Reddit thread discussing his death hit the front page of the site within an hour of being posted. YouTubers from all over the world expressed their condolences on the original Trololo video, as well as other footage of Khil.

Internet users seemed to agreed: Khil acquired Internet immortality with his performance. To date, some versions of the song have upwards of 14 million views.

“Goodbye, Eduard Khil,” Travisdk wrote on Reddit.  “As long as the internet is alive, you will NEVER be forgotten.”

“You will live forever on the internet,” Robotniq commented on YouTube.