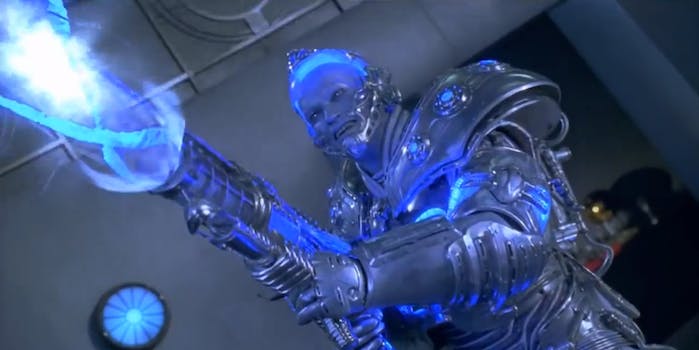 It's not easy to be freezy.

Thanks to Frozen, we might be warming up to the Batman movie we just wanted to forget.

Arnold Schwarzenegger‘s Mr. Freeze from Batman & Robin is just the latest misunderstood, cold-bodied soul to embrace his inner-Elsa and hop on the “Let It Go” cover ski lift. And from the first note, we’re wondering how this didn’t happen sooner.

Like Queen Elsa of Arendelle, Mr. Freeze hasn’t had the easy life. They’ve both been imprisoned, and now that they’re free, what other way to celebrate it than with an in-your-face ballad?

Schwarzenegger has nothing on Idina Menzel’s voice, but he can still get the point across. These frozen souls have to stick together.

And next thing you know, we could see a rendition from the Snow Miser.