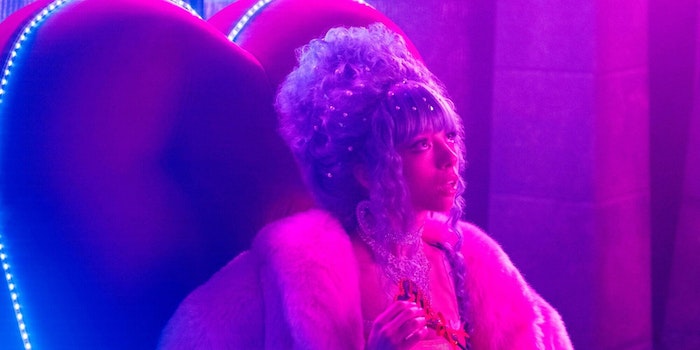 Hulu’s ‘Into the Dark’ tackles abusive relationships in ‘My Valentine’

A pop singer must confront her abusive ex-boyfriend in a captivating new installment of 'Into the Dark.'

Writer-director Maggie Levin’s My Valentine is a rip-roaring good time that takes a blowtorch to toxic masculinity. It’s one of the most purely fun and entertaining entries in Hulu’s Into the Dark series to date. My Valentine is clear in its themes and targets, and the execution is sharp. With its catchy synth-pop original songs and hyper-stylized aesthetic, My Valentine hits the ground running and rarely lets up over its 75-minute runtime. While the series has been successful with slow-burn stories like Pilgrim or New Year, New You, the most consistently enjoyable installments have been the direct, fast-paced ones like A Nasty Piece of Work, Flesh & Blood, and, now, the Valentine’s Day–themed My Valentine.