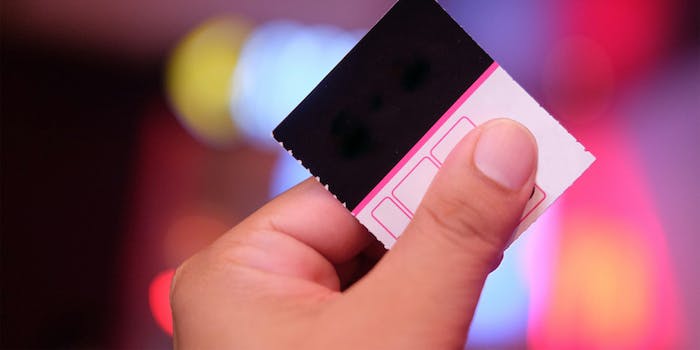 MoviePass subscribers can now only see 3 movies a month

The MoviePass saga continues. Now it’s back with another new plan.

The monthly subscription fee will reportedly stay at $9.95, but now instead of unlimited movies, MoviePass is limiting subscribers to three films per month. A statement released Monday states that the new plan “will include many major studio first-run films,” perhaps referencing its recent Mission: Impossible— Fallout disaster, and will suspend peak pricing and ticket verification. It also states that the new three-movies-a-month structure “is focused on usage by the bulk of our subscribers who have historically used MoviePass to attend three movies or fewer a month.”

The beleaguered subscription service has had its share of ups and downs over the last few months, but mostly downs—as in outages. Most recently the company claimed it straight up ran out of money, which caused a service outage, a flood of jokes on Twitter, and the #moviepassfail hashtag.

CEO Mitch Lowe said in the statement that he’s aware that MoviePass’s outages are frustrating to subscribers, but he said that “any industry-wide disruption like MoviePass requires a tremendous amount of testing, pivoting, and learning.”