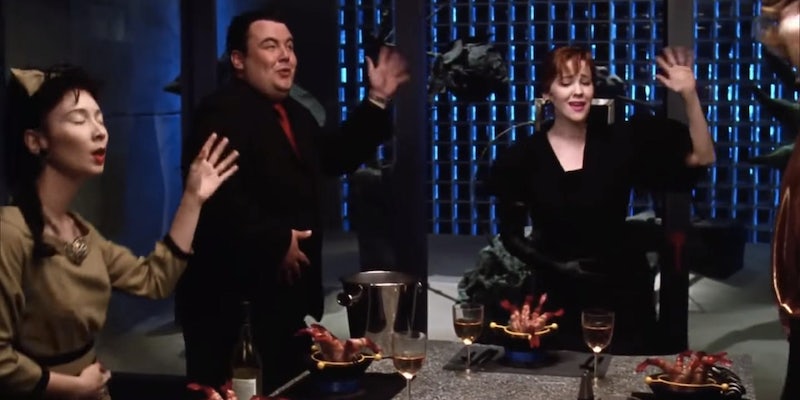 This supercut will make you want to cut a rug.

Actors are great, but sometimes you just want them to shut up, and, well, dance. Thanks to a supercut video, viewers can experience the joy of the best movie dance sequences in the history of film for 3 minutes and 19 seconds.

The video pairs indie-pop band Walk the Moon’s “Shut Up and Dance” with iconic dance sequences from films, including Big and Little Miss Sunshine.

MsTabularasa, the video’s creator, isn’t new to the compilation game. She’s also made supercuts of actors crying and a compendium of all of Barney Stinson’s life lessons on How I Met Your Mother.

The dance video, however, has taken off more than others, possibly because at least one featured dancer took notice; actor Mark Ruffalo, who’s included in a clip from 13 Going on 30, shared the clip on his Tumblr.