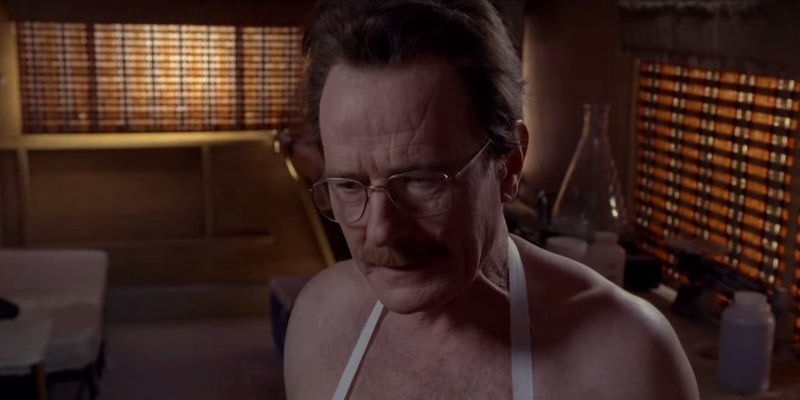 Is your favorite show here?

Intrepid Reddit user ChallengeResponse has put together a visualization of how fans regard the series finales of over 100 TV series. The data is based on IMDb.com ratings of episodes, examining how the series finale by itself is rated in comparison to the series’ average episode rating.

It’s a fascinating look at some of TV’s most popular shows, yielding some surprising and not-so-surprising results, depending on the show. 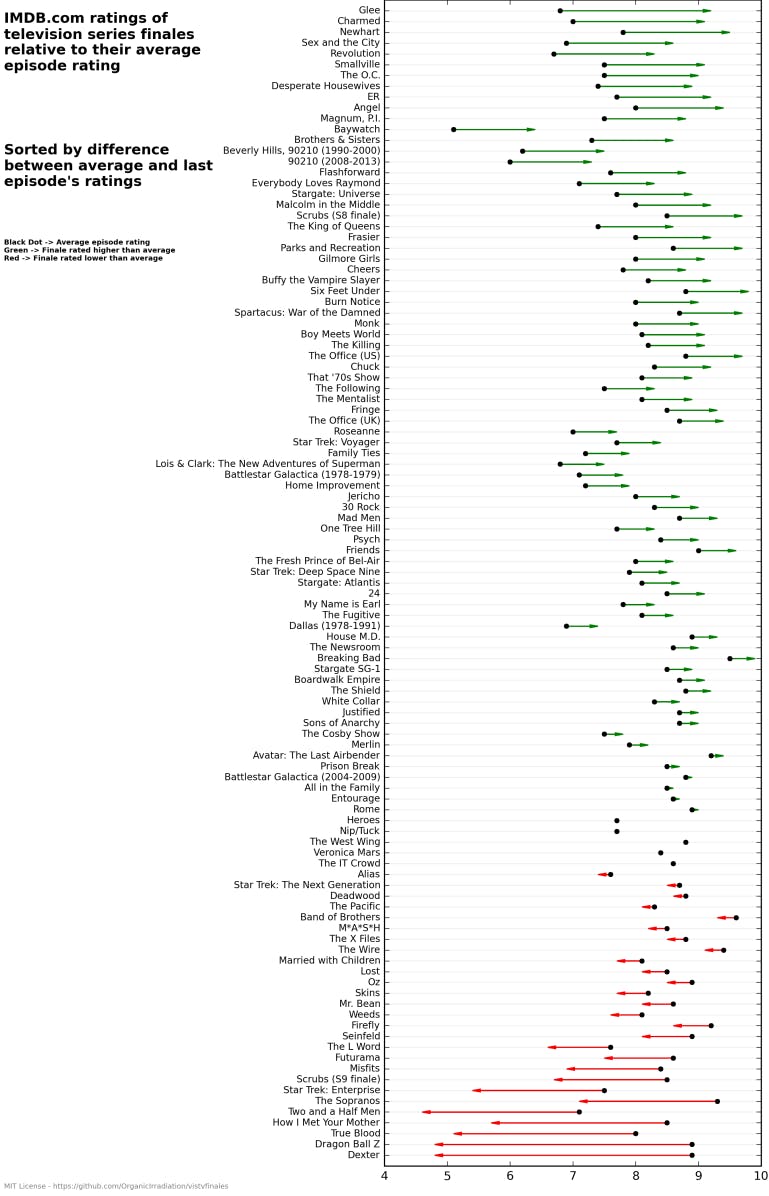 The first chart is sorted by differential, i.e. the greatest difference between average episode rating and finale rating, from positive numbers to negative numbers. Glee in first place and Dexter in last place is a perfect picture of two wildly different finales.

Glee’s average episode rating is under 7, while Dexter’s is almost a 9. But Glee is a show that while it dipped in popularity over time, the series finale brought the whole gang back together for a heartfelt, emotional send-off. Conversely, Dexter was an extremely popular show that really let its fans down with the finale.

Other noteworthy features of the differential chart include:

Finally, the shows with the highest consistent quality are Band of Brothers, Breaking Bad, and The Wire. They all have average episode ratings of over 9 with a very small differential between the average rating and the series finale rating—though, notably, only Breaking Bad is ranked that high on average and has a positive differential.