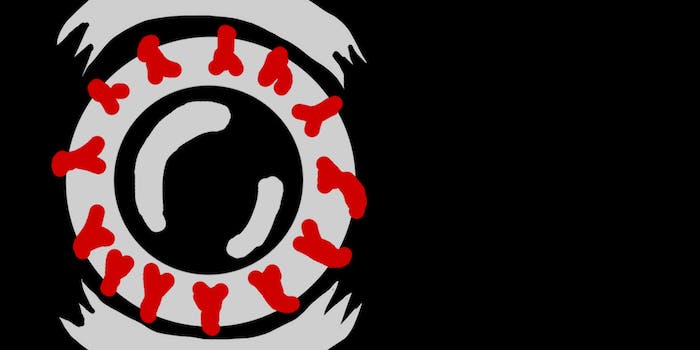 Vampires shooting up heroin is your Morning GIF

The typical feelings most people have after watching Requiem for a Dream are of sadness, shock, and disbelief. For Tumblr artist Yuriy “MiRon” MiRonoff, on the other hand, the scenes of Jared Leto and Jennifer Connelly maneuvering heroin-filled needles into their veins reminded him of vampires.

“It was so heavy and powerful for me that [it left an] impression [over the] next few days,” MiRonoff told the Daily Dot. “So I decided to make my response to this great movie creating my vampire GIF.” It’s just three short scenes: First the vampire bites a woman, then we see the blood’s reaction, and finally, there’s the eye’s reaction.

It took about a night for MiRonoff, of Kiev, Ukraine, to create the GIF using a Wacom tablet. MiRonoff posted the GIF on Tumblr about three months ago, and it has continued to garner attention. On Wednesday it was featured on Tumblr’s GIF tag page and has collected more than 220 notes.