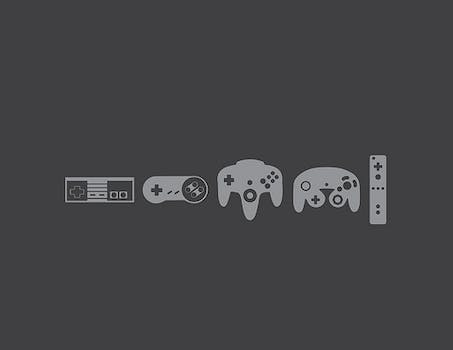 The Morning GIF: Under control

Follow along with Nintendo's growth in this viral GIF.

It’s rare a viral GIF is birthed on Blogspot, but indeed today’s was. What began as a simple Adobe Illustrator picture of game controllers through the ages became first a Vimeo, then a GIF on Tumblr, and now a sensation.

Artist Chris Koelsch created the image, a submission to Threadless, and posted it to Flickr, where it received 2,350 views and 4 favorites. It apparently never did become a T-shirt. He cross-posted the art to his blog ThisnThatAndSomeShirts on Blogspot, July 31, 2011. Four days later, he’d pulled an all-nighter and turned it into an Apple Motion video, blogged it, and put it up on Vimeo, where it got a whopping 46 likes. As he explained there, “Nintendo always has been and always will be a constant element in my life. This piece is a tribute to their life thus far.”

Forty-six likes. Clearly, the world was not ready for this.

In February of this year, Slayt converted it to a GIF and posted it to his Tumblr dotcore, where it has garnered 114,064 notes after getting picked up by Buzzfeed, among other temples to retro tech.

It was about time someone unpaused this epic work of geekery.