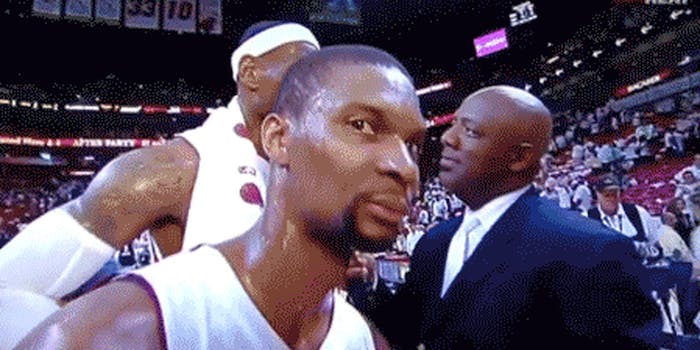 The Morning GIF: Chris Bosh in the champagne room

Chris Bosh of the Miami Heat celebrates victory in the NBA Finals. Over and over. And over.

235 lbs of win. That’s today’s morning GIF: NBA forward Chris Bosh humbly accepting his team’s win of the NBA championship. Over and over. And, in fact, over. The Miami Heat may be worked up to an explosive pitch, but Bosh’s release must surely have relieved the pressure.

This glorious GIF comes not from some Kardashian sex tape out-take, but from the eminently respectable SBNation. Good luck explaining that to your mothers, boys!