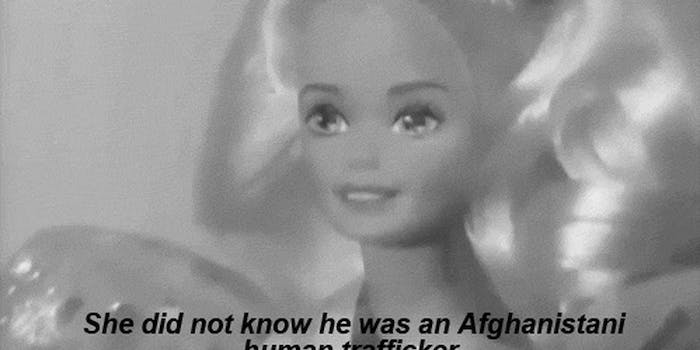 The Morning GIF: In a Barbie world

Mattel’s Barbie is not just the best-selling doll in history. She’s also a computer scientist, a racecar driver, and even the chancellor of Germany.

Smiling and sunny, she stands oblivious as the camera looms toward her ominously, this black and white snippet of a Barbie commercial rendered bleak and threatening by the caption. Who said ironic juxtaposition was dead? Well, it’s back, and Barbie’s got it.

This apparently imminent crime was witnessed by 956 on Tumblr.