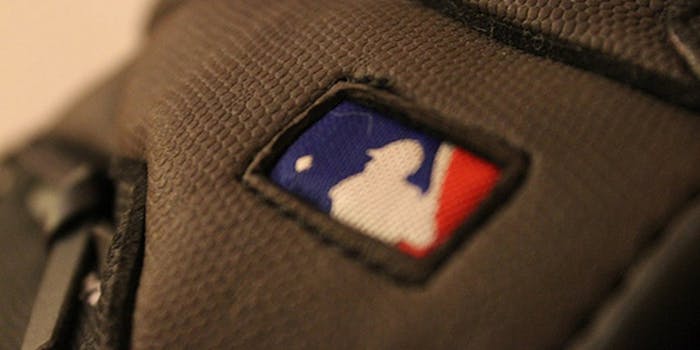 Is the MLB trying to ban GIFs?

GIF artist Scott Lewis said the MLB might be imposing a two-day ban on baseball GIFs made with new game footage.

If there’s one thing the Internet has taught us, it’s that sports and animated GIFs were made for each other. Sure, they capture thrilling feats of athleticism, but more importantly, animated GIFs immortalize the kind of fleeting human moments that are usually overshadowed by the highlight-happy culture of sports television.

So sports fans were understandably peeved when the Score’s GIF-making all-star Scott Lewis tweeted the following:

“Haven’t heard anything official on MLB and GIFs, but understanding is they may attempt to impose a 24-48 hour window ban.”

While there’s still no word from the MLB on this, an anonymous source told Lewis that at least one outlet has received a note from the MLB asking to respect a 48-hour window in regards to an animated GIF.

The ban, if true, would most likely be implemented by MLB Advanced Media, the baseball league’s digital arm. Phone and email requests for comment by the Daily Dot were not immediately granted.

According to Deadspin’s Timorthy Burke, who’s arguably the most prolific maker of sports GIFs in the game: “A 40-frame GIF constitutes 1/151,200th of an MLB work. Here is 1/151,200th of (the David Foster Wallace novel) Infinite Jest: ‘annular fusion.’”

What the rumored policy means from a legal standpoint, however, is unclear. Later, Burke tweeted, “like most frivolous lawsuits it comes down to the resources of the defendant.”

The move certainly wouldn’t be unusual for the MLB which, unlike the NBA and the NHL, refuses to post game footage to YouTube, ostensibly preferring that fans visit MLB.com instead.