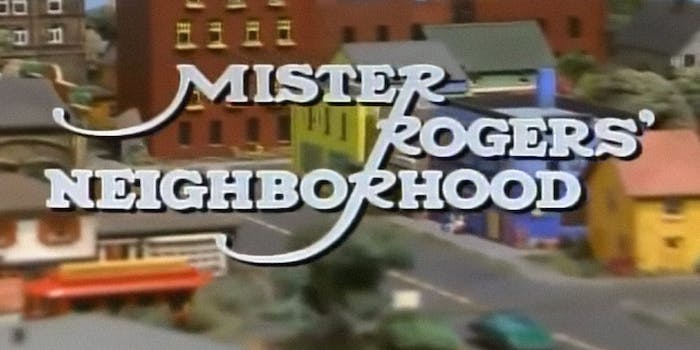 Twitch is streaming every episode of ‘Mister Rogers’ Neighborhood’

Enter the Neighborhood of Make Believe.

For the next 17 days it’ll be a beautiful day in the neighborhood—and for a good cause.

After hosting days-long livestreams of Bob Ross’ The Joy of Painting and Julia Child’s The French Chef, Twitch will livestream every single episode of Mister Rogers’ Neighborhood on Twitch.

Launching May 15 at 3pm ET, Twitch will livestream all 886 episodes of Fred Rogers’ beloved children’s show over the next two-and-a-half weeks. According to Twitch, that will include episodes that have only ever aired once or episodes that have been impossible to find online until now. The show aired for nearly 40 years in Canada and the U.S., making for a lot of episodes—and a lot of Rogers’ sweaters.

The Mister Rogers’ Neighborhood marathon arrives 48 years after Rogers personally made a plea to the U.S. Senate on the importance of public television. With the Trump administration’s proposed 2018 budget planning to defund the Corporation for Public Broadcasting—which funds PBS—Rogers’ plea (and his decades of work) is more timely than ever.