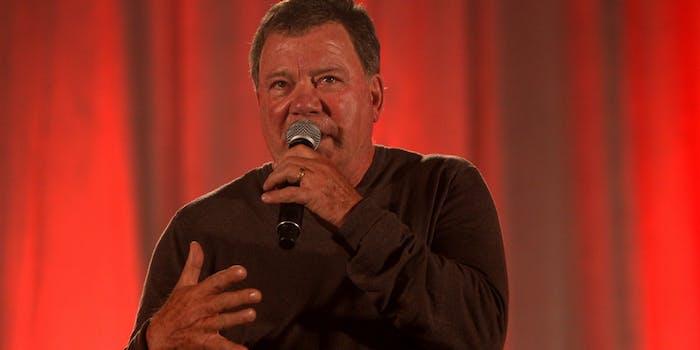 Anything Kermie can do, Miss Piggy can do better.

Anything Kermie can do, Miss Piggy can do better.

Kermit the Frog revealed to the 2015 TCA summer press tour that he and Miss Piggy had broken up and that he was seeing a nice woman in ABC publicity named Denise. Tuesday (Sept. 1) Kermit and Denise took their new romance public, but so far, the jilted Miss Piggy had not been spotted with anyone new.

RELATED: The Internet be hatin’ on Kermit’s new girlfriend Denise

But is there a love connection brewing between Hollywood legend William Shatner and the popular muppet porcine?

.@WilliamShatner Bill, as an Executive Producer of @TheMuppetsABC, I can officially tell you that @MissPiggy is “playing the field."

When Shatner expressed interest in Piggy’s availability on Twitter, Muppets executive producer Bill Prady said that his star is officially “playing the field.” But Miss Piggy ramped things up with a tweet of her own.

Very much available, mon cher. Gimme a call! I'd love to boldly go where no pig has gone before. https://t.co/NB19FDgDJJ

“Boldly go where no pig has gone before.” My, my, Miss Piggy, you do know how to woo a Star Trek star. And Shatner is definitely interested.

What the heck does Liam have that I don't? https://t.co/Ec51t7BrQM