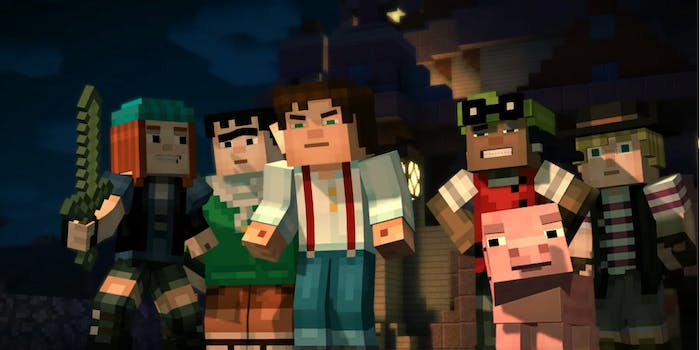 Minecraft: Story Mode is coming to Netflix—but not as a game

The streamer isn't getting into gaming ... yet.

You’ll soon be able to experience Minecraft on Netflix.

According to an updated report from Tech Radar, Telltale Games and Netflix have joined forces to bring the experiential Minecraft: Story Mode to the platform, though in an adapted form. Netflix says the “licensed five-episode interactive narrative series” will be out this fall and is similar to choose-your-own-adventure titles like Stretch Armstrong: The Breakout and Puss in Book: Trapped in an Epic Tale.

There is also a deal in place to adapt Netflix’s hit series Stranger Things as a Telltale game, though it won’t be on Netflix.

Netflix stated that it doesn’t have bigger plans for original programming around gaming, and it won’t be streaming existing video games. The Minecraft adaptation will function less like a game and more like an interactive series, which Netflix has been experimenting with over the last year.