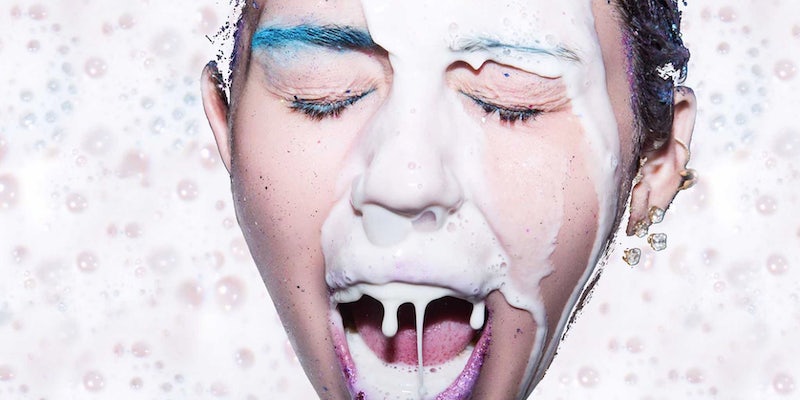 You asked for it: Miley Cyrus, naked, covered in fake milk

This should be memorable.

Brace yourselves: a new Miley Cyrus video is in the works, and according to Flaming Lips frontman Wayne Coyne, it’s going to be a memorable one.

Coyne posted an Instagram Tuesday announcing that Miley is “planning a show where her, the band ( us ) and the audience are all COMPLETELY naked,” and to top it all off, “milk ( well white stuff that looks like milk) is being being spewed everywhere.”

The all-nude show would be filmed as a video for “The Milky Milky Milk,” a track off the LP Cyrus and the Flaming Lips dropped for free in August under the name Miley Cyrus & Her Dead Petz.

It’s not clear whether the show will be part of their upcoming five-city tour, or if it will be held separately, but it’s safe to say that crowd is in for an experience.