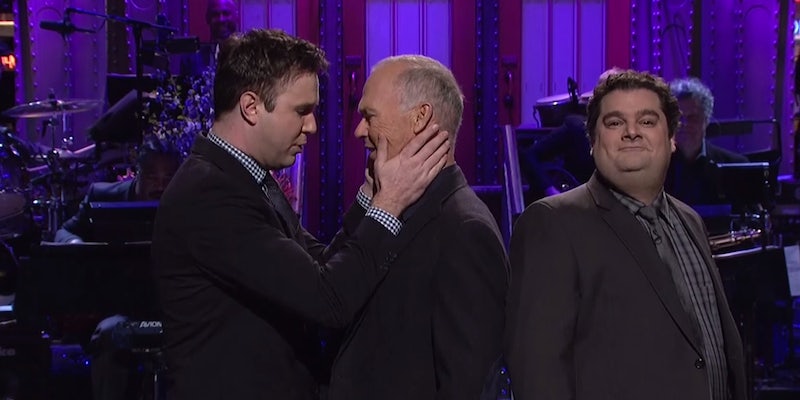 Who wouldn't nerd out around Batman?

Michael Keaton hosted Saturday Night Live last night, and right from the opening monologue, cast members Taran Killam and Bobby Moynihan asked the question 9-year-old you has always wanted to ask: Will you play Batman with us?

Keaton’s character in Birdman explored what it’s like to forever be tied to your superhero alter ego. So as not to belabor the point, Killam and Moynihan also asked him to play Beetlejuice with them. When Keaton politely said no, they showed him that footage already exists.