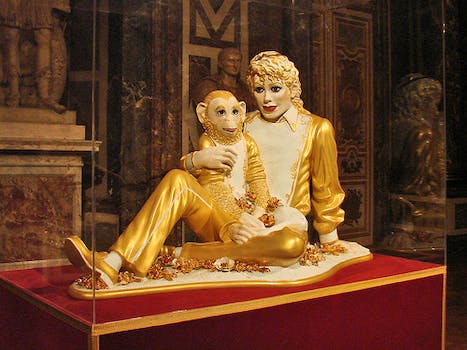 A birthday fit for a king

Fans send kind wishes, create art, and express love for late pop-star Michael Jackson on what would have been his 53rd birthday.

The late king of pop is still the king of the Internet, at least on his birthday.

Thousands of people around the world are wishing Michael Jackson a happy birthday on every social media platform they can get their hands on–Twitter, YouTube, Flickr, and Facebook, to name a few. Jackson died on June 25, 2009, less than three weeks before starting his farewell concert series at London’s O2 arena.

He would have turned 53-years-old today.

Some fans celebrated by drawing Jackson a picture while others danced to his music. On Twitter the phrase “Happy Birthday mj” is a worldwide trending topic. It has been mentioned more than 40,000 times in the last 24 hours, according to Topsy, a social media search engine.

Here’s a look at how people are remembering the pop superstar.