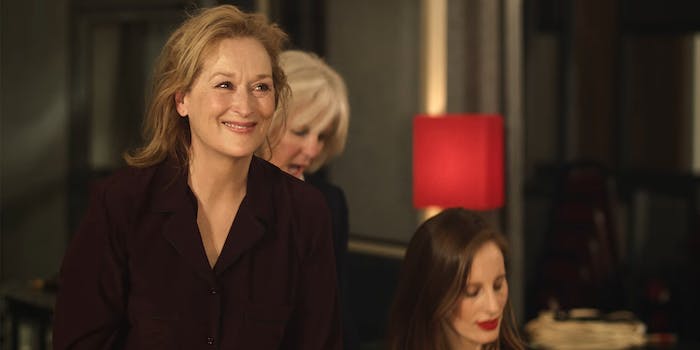 Meryl Streep on Tuesday received her record-breaking 20th Oscar nomination for Florence Foster Jenkins—and she had a hell of a response to it.

Nominees often release a statement or do short interviews with major outlets after they learn the news that they’re now up for an Oscar. That’s also the case for Streep, whose list of previous nominations is staggering. But instead of a written statement to express her joy at her latest nomination she sent out a GIF to show it.

This is Meryl Streep's #Oscars nomination statement. Seriously, she sent a gif. pic.twitter.com/wa18Jix6Vf

“Please find the following GIF as a statement on behalf of Meryl Streep,” a Paramount publicist wrote in an email, according to the Los Angeles Times.

The GIF, which comes from Paul McCartney’s music video for “Queenie Eye,” says it all. Streep is seen toward the end of the video happily dancing along to some music, which is a pretty apt.