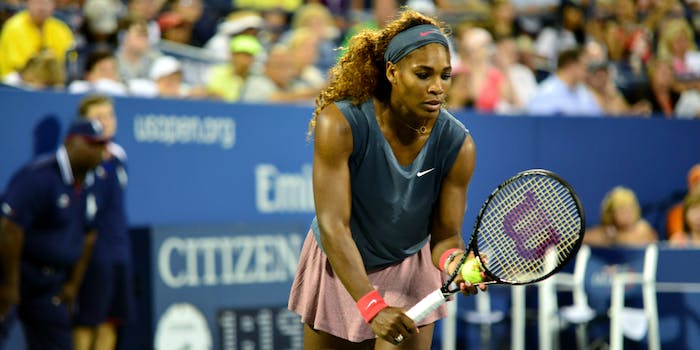 Serena Williams has won 23 Grand Slams and is ranked number 10 in the world for women’s tennis singles matches. Despite her legacy, she continues to face hurdles like sexism.

A new poll found that about one in eight men surveyed thought they could score a point against the champion.

YouGov, a market research company, surveyed 1,732 people in the U.K. and found that 12% of the men surveyed thought they could beat Williams. An additional 14% of men “didn’t know” if they could score a point against her. In comparison, only 3% of women thought they could win a point off of Williams.

Upon learning of the poll, many joked about the insecure men who thought they could even score a point against a force like Williams.

“I couldn’t even win a point against Serena Williams in Wii Tennis,” one self-aware man quipped.

Those Men: “I could DEFINITELY get a point against Serena if I REALLY tried.” pic.twitter.com/OQXV5fQvD4

Watching this championship match still thinking about those men who think they could win a point/game against Serena Williams. pic.twitter.com/XArUtt6Q0e

The only way i could win a point of off Serena is if i told her that, and then she fell to the ground laughing for long enough for it to happen.

Chrissy Teigen, ever the avid Twitter user, also weighed in on the poll.

honestly very proud it's only 1 in 8 though, amazing self awareness but I would love to see this one dude

The polling company released the numbers ahead of Williams’ game on Saturday in the Wimbledon women’s singles final. Despite Williams’ loss on Saturday morning, she continues to be considered one of the best tennis players to ever grace the court.