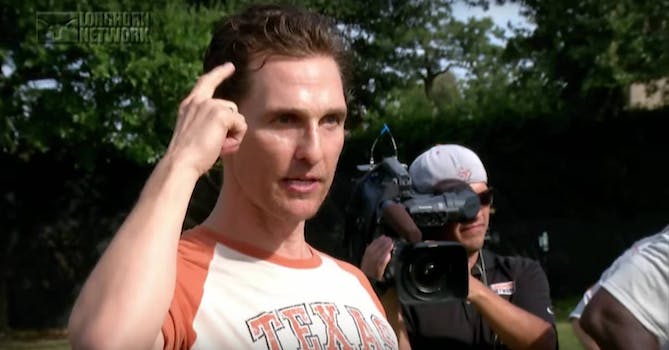 Any student attending the University of Texas at Austin this semester has one wish: to miraculously bump into Matthew McConaughey somewhere between campus and 6th Street.

This week a few lucky students had their dreams come true.

The actor chauffeured students around university grounds in a golf cart for SURE WALK , a program created by UT’s Student Government that provides companionship for students walking home between the hours of 7pm to 2am, Monday through Friday. The Facebook post reads, “Longhorns take care of each other, and it’s ‘safe’ to say Matthew McConaughey agrees… you never know who might pick you up!”

McConaughhey is known for his undying support for UT and its football team. He’s also currently teaching a film class on campus.