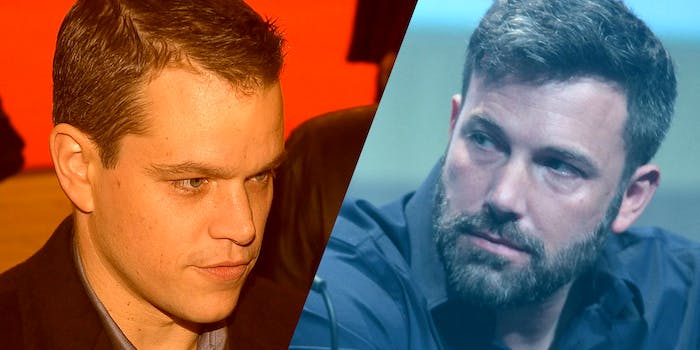 Matt Damon and Ben Affleck are launching a reality show

Get ready for a reality competition show.

The show will be go90’s first ever reality competition series, and “will challenge one individual to make it across the United States unnoticed in 30 days while the rest of the rest of the country works to locate and capture him.”

Things get complicated when a team of “chasers” get the chance to win money for catching the contestants. Plus, go90 users will also be able to contribute tips, sightings, and clues about the runner’s whereabouts in order to win money in the process.

ABC originally purchased the show’s concept in 2000, but pulled it shortly after 9/11. It got sold again in 2006 to Yahoo, where it never left the development stage. So go90 is The Runner‘s third, and hopefully final home.

No premiere date has been announced yet.