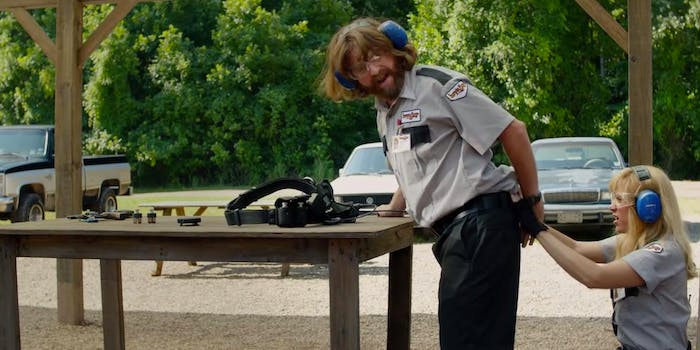 Zach Galifianakis and Kristen Wiig are the perfect match in ‘Masterminds’

Your prayers have been answered; your vision board was a success: Zach Galifianakis and Kristen Wiig are in a movie together.

The first trailer for Masterminds, directed by Napoleon Dynamite’s Jared Hess, is making the rounds, and the film stars Galifianakis as a Loomis Fargo armored truck employee who plans and carries out a bank robbery. The film is based on a real robbery that took place in Charlotte, N.C., in 1997. Galifianakis plays David Scott Ghantt, who walked away with $17 million before getting nabbed in Mexico. Wiig plays a fellow coworker who helped plan the heist. Owen Wilson and Jason Sudeikis also star, the wardrobe is wonderfully ’90s, and Galifianakis’s hair is on point.