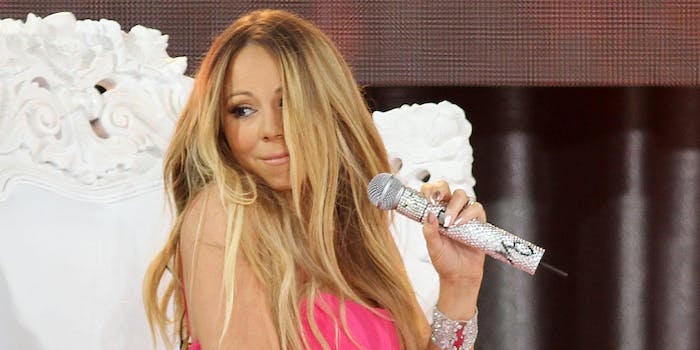 According to TMZ, Anello’s lawyer drafted a lawsuit claiming Carey publicly referred to Anello as a Nazi and a skinhead and said she “wanted to be surrounded with Black guys, not white people.”

The draft also claims that Carey engaged in “sexual acts with the intent that they be viewed by Anello,” including a trip to Cabo San Lucas in which Anello was asked to come to her room to move luggage, and when he arrived Carey was wearing negligee that was open. Anello claims there was no physical contact.

In addition, the lawsuit claims that in the two years the security company, which is headed by Anello, worked for Carey, it was owed more than $221, 000, and denied two more years of promised work.

Anello’s lawyer told TMZ that the lawsuit is on hold while the two parties negotiate. Carey’s people have “no information on the harassment claim.”